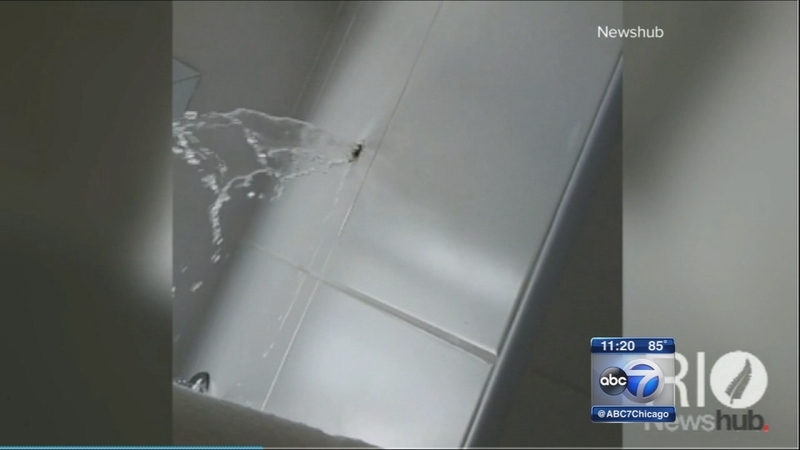 RIO DE JANEIRO (WLS) -- All eyes are on Rio as the opening ceremony for the Olympic Games kicks off in two days.

The Olympic flame arrived Wednesday in Rio de Janeiro on a tour boat. It made the journey all the way from Greece to Brazil with plenty of fanfare and much more to come.

But there are more complaints from athletes who say the accommodations are less than ideal. Some competitors are foregoing Olympic Village altogether.

As athletes and journalists start to move in, stories and pictures are coming out about what some describe as unsanitary, unlivable, and incomplete accommodations at the Olympic Village.

NBA star Andrew Bogut, who's playing for his native Australia in Rio tweeted a photo from inside his Olympic Village room.

#IOCLuxuryLodging. Putting together a shower curtain so we can shower and not flood the place. pic.twitter.com/omaBJ7Dlje

"Putting together a shower curtain so we can shower and not flood the place," he wrote.

One journalist gave a tour of his room, highlighting the shower. He described it as a hole in the wall where water comes out.

"You can still have a shower but it's far from ideal," he said.

While others have highlighted exposed wiring, leaky pipes, and clogged toilets. To make matters worse, security is also a concern after the Australian team was robbed during a fire.

"The games are an extraordinary undertaking, and it's still a question of whether they are up to the task," Brennan said.