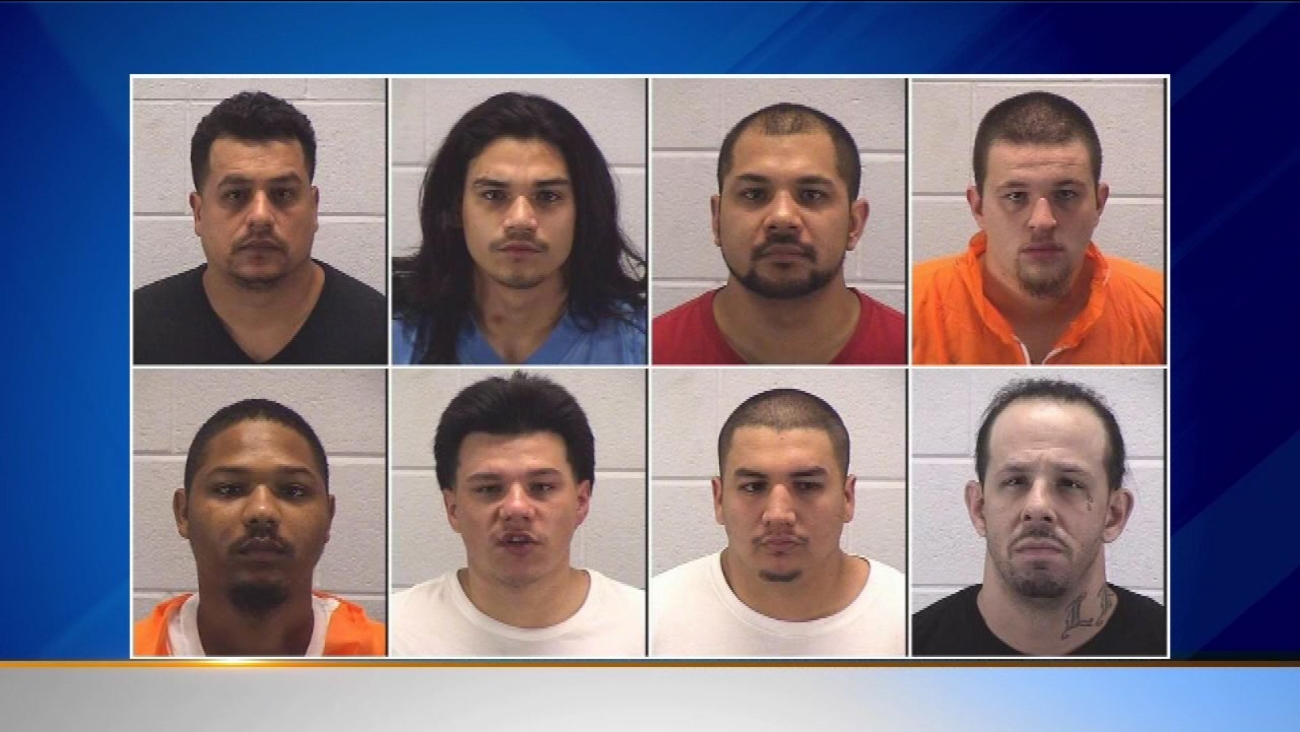 Seven of the 16 men were arrested during a citywide sweep with 90 police officers and FBI agents Thursday, Ferrelli said, including:

Three men previously arrested and charged in "Operation Tri-Lambs" are:

Two more were already in prison for unrelated crimes. They were identified as:

All the cases will be tried on the state level by the Kane County state's attorney's office.

Authorities are still searching for two Aurora men who remain at large. Leonel A. Martinez, 29, has been charged in a warrant for 10 felony drug delivery charges. His last known address was in the 2400 block of Devonshire Court. The other, 22-year-old Alvaro Robledo of the 500 block of Hoyles Avenue, is wanted for two felony drug charges.

Anyone with information should call police at (630) 256-5600, or dial 911.
Related topics:
auroraarrestgang
More Videos
From CNN Newsource affiliates
TOP STORIES