CHICAGO (WLS) -- Chicago Police First Deputy Superintendent John Escalante was hired to be the next chief of police at Northeastern Illinois University.

The ABC7 I-Team first reported that Escalante interviewed for the job last month.

Escalante was chosen from more than 140 applicants from across the nation, university officials said. A search panel narrowed the finalists to a group of ten and then to a group of four. During the subsequent interview process, Escalante participated in a question and answer session with members of the university community and attended additional meetings with university law enforcement and emergency management teams.

Escalante is expected to start his new job on Sept. 7. He will replace James Lyon, who left in March to become the Director of Public Safety at Augustana University in Georgia. Lyons was Northeastern's chief of police for more than 10 years, officials said.

Escalante reached his 30th year with the CPD on Sunday. He started as a patrolman in 1986 and was named interim superintendent on Dec. 1, 2015. He retained that position until March 28, 2016, when Mayor Rahm Emanuel appointed Eddie Johnson superintendent. Escalante's last patrol will be over Labor Day weekend, police said.

"As Police Superintendent and a resident of Chicago, I have bittersweet emotions on John's decision to accept this incredible opportunity as our Police Department will lose a very dedicated and intelligent crime fighter who cares deeply about the people and safety of our city. However, as a friend and father of college-aged children, I would be grateful knowing that John Escalante is the man safeguarding their college experience and future. The students and faculty of Northeastern Illinois University couldn't have chosen a better candidate for the position of Chief of Police and on behalf of the entire Chicago Police Department, I wish him the very best and thank him for his invaluable contributions to the City," Johnson said.
Related topics:
albany parkpolice chiefcollegechicago police department
Copyright © 2021 WLS-TV. All Rights Reserved.
RELATED 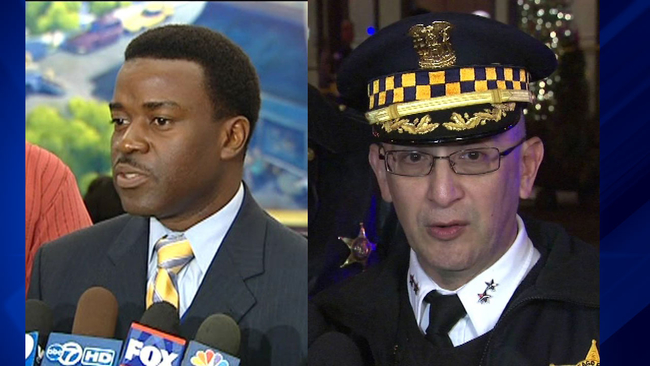