Reward increased to $10K in shooting death of Arshell Dennis 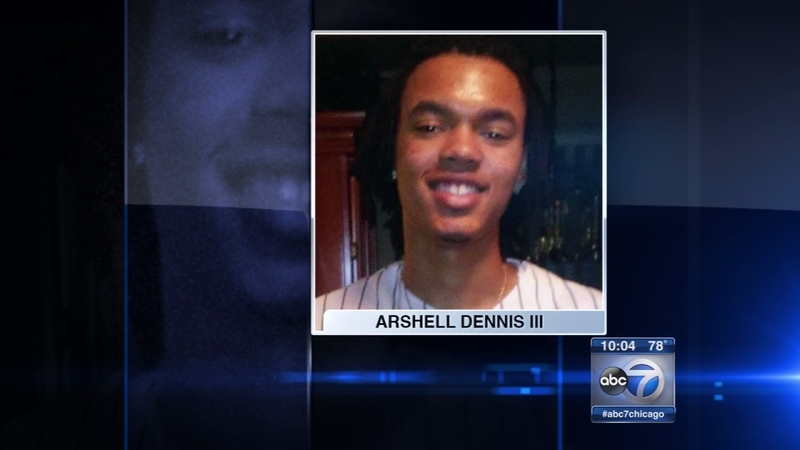 CHICAGO (WLS) -- A reward for information on the sshooting death of a college student in Chicago's Wrightwood neighborhood has been increased to $10,000.

On Thursday, the family of Arshell "Trey" Dennis III, and St. Sabina's Father Michael Pfleger announced a $5,000 reward for information leading to the killer. On Friday, an anonymous donor came forward and donated an additional $5,000, bringing the total to $10,000.

Dennis, 19, was home from college to surprise his sick mother for her birthday when neighbors say a gunman walked up and started shooting outside a home near West 82nd Street and South Sacramento on Sunday, according to police.

His father, Arshell "Chico" Dennis, is a long-time CPD officer and a close, personal friend of Chicago Superintendent Eddie Johnson.

Friday night a South Side block party turned into a gathering for peace; food, fun and music with a message.

"Put the guns down. Stop the violence. Unity. Love. We're trying to get people back to being comfortable, being around each other," said Aaron Jordan.

"I think what kills me or hurts me the most is how many young kids I talk to who say they can't come outside anymore. They literally don't feel comfortable playing. So they either go to school or go to home, go home," said former CPS CEO Arne Duncan.

Dennis was a graduate of Urban Prep Academy and a junior studying journalism at St. John's University in New York City. He was slated to go back to school on Sunday.

He enjoyed poetry, and was very opinionated, according to his sister, Rachel Woods. Woods spoke publicly for the first time Friday about the moment she got a phone call about her brother's death.

"I didn't think it would be my brother gone, I thought somebody broke in the house or something," Woods said. "I wouldn't think he would be gone."

A family friend said his mother recently suffered a stroke. Before going outside, Woods said her brother told his mother, "I love you, Mom. Nothing is going to happen to me. I'll be on the porch. If you need me, just call me."

But his mother heard gunfire. Police said a gunman shot Dennis and his friend on the porch. Chicago's violence has always been a family concern.

"That was my main concern for him to come out here all the time," Woods said. "I always tell him, you don't need to come back, just stay out there. But his main concern was my mom."

On Friday, family members, Fr. Pfleger and community members handed out flyers in the neighborhood in hopes of finding the killer.

"I am begging. People know. Killers talk. Somebody turn in the person who did this," Fr. Pfleger said.

Woods said that people shouldn't speak up for the money, but out of the kindness of their hearts.

"If you just have one clue or any sign or know somebody that even knows the person that did it, not only do it for us, do it for my brother Trey," said Woods.

She said her brother was not just a peer but more like a father-like figure for the rest of them and he also talked about black-on-black crime.