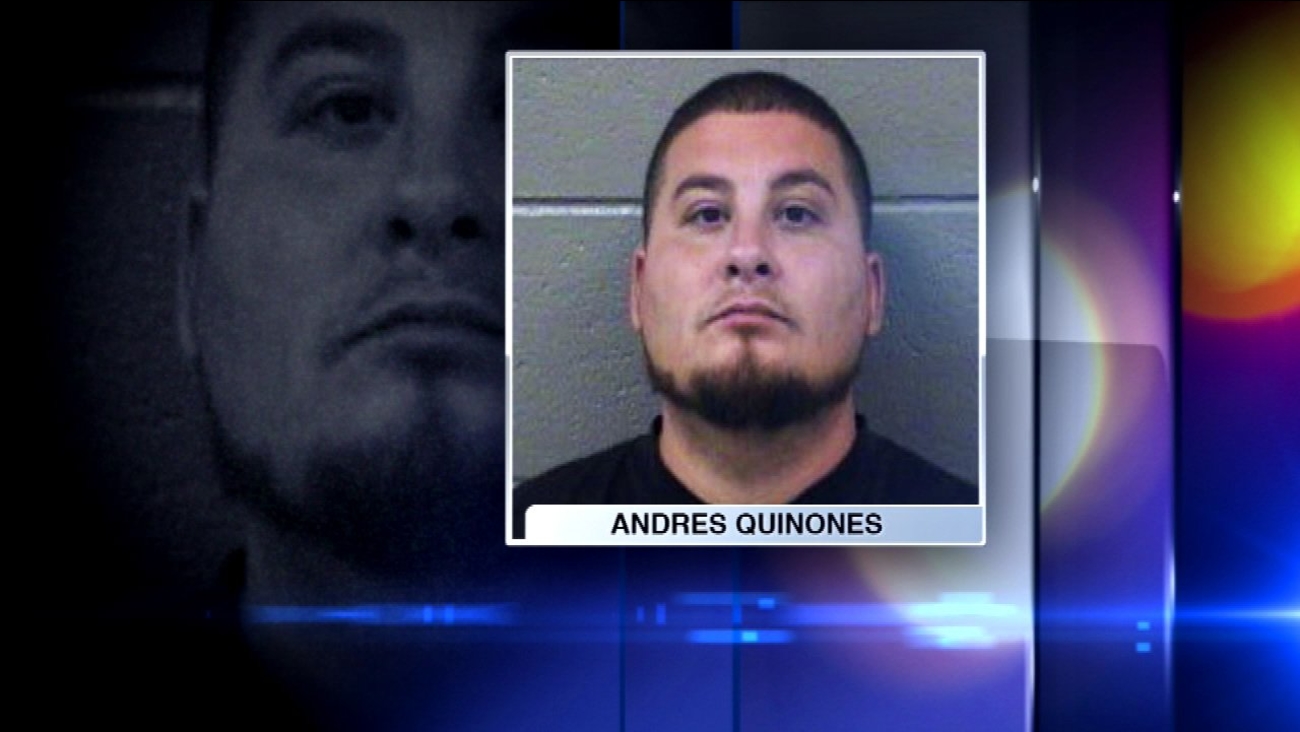 Andres Quinones, 33, was charged Tuesday night with aggravated DUI causing death and failure to stop in a fatal accident. He was also cited for several traffic violations.

Officer Charles Barango, 49, was riding his motorcycle home from work when he was struck by a vehicle around 2:05 a.m. Sunday in southwest suburban Forest View. Police said Quinones was behind the wheel.

Barango had exited the southbound Stevenson Expressway at Central Avenue and started to move through the intersection when Quinones blew a red light and hit the motorcycle, police said.

The officer, who was wearing a helmet, was rushed to Loyola University Medical Center, where he was pronounced dead. After the accident, a long line of police cars escorted his body to the medical examiner's office.

Quinones, of the 5200-block of West Montana Street, was treated at the scene and taken into custody, police said.

He appeared in court Monday in Bridgeview and was ordered held on $100,000 bond, Cook County Circuit Court records said. He is due back in court on Oct. 17.

Barango, of the 5700-block of West 63rd Street, was a 14-year veteran of the Chicago Police Department. He worked as a tactical officer for District 5 on the city's Far South Side.

Barango is survived by his father, a retired Chicago police officer, his two daughters and extended family.