Obama: Climate Deal 'Best Shot' to Save the Planet 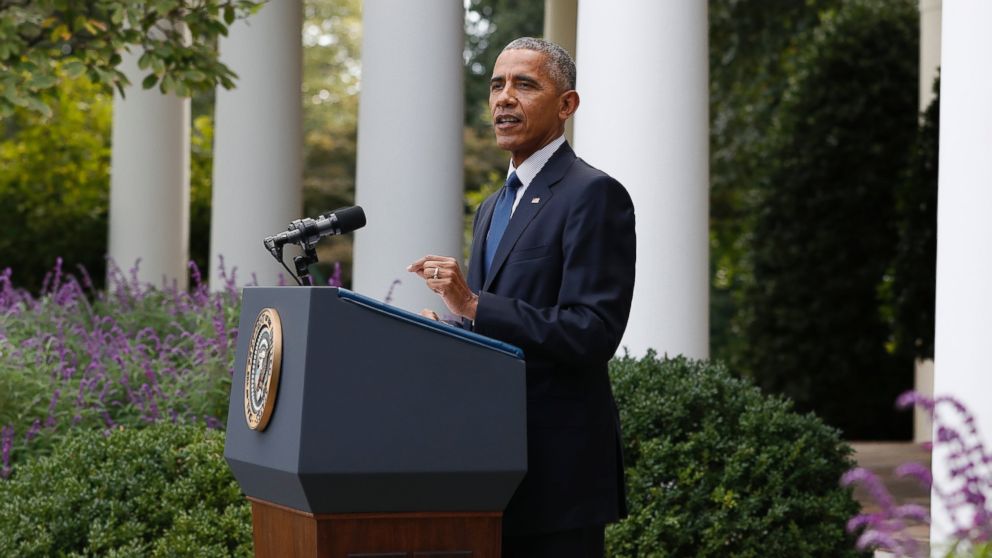 Calling it a "historic day" and a possible "turning point for the planet," President Barack Obama lauded the landmark Paris climate agreement, which takes effect Nov. 4.

"This gives us the best possible shot to save the one planet we've got," Obama said in remarks in the Rose Garden at the White House.

While the deal will help delay some of the most pressing threats posed by climate change, he said, it alone "will not solve the climate crisis."

"No nation, not even one as powerful as ours, can solve this challenge alone. All of us have to solve it together," Obama said.

Under the terms of the deal, it goes into effect 30 days after it is ratified by at least 55 signatory nations accounting for at least 55 percent of global greenhouse gas emissions. Seventy-three countries - including some of the world's largest emitters, like China, India and the U.S. - have now formally adopted the agreement.

The pact's language was adopted at the United Nations Climate Change Conference in Paris last December, and the agreement has been open for countries to sign since April 22 of this year.
Related topics:
abc newsnational
Copyright © 2021 ABC News Internet Ventures.
More Videos
From CNN Newsource affiliates
TOP STORIES