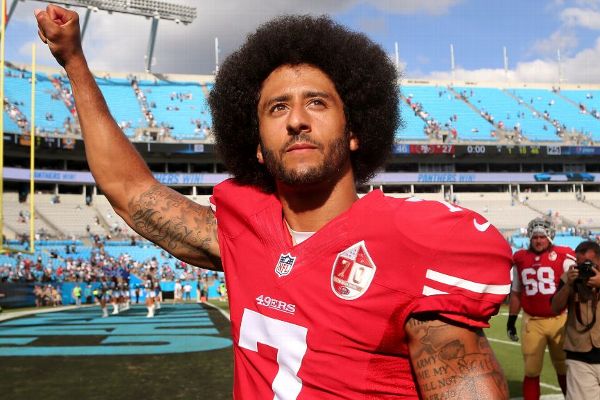 SANTA CLARA, Calif. -- Supreme Court Justice Ruth Bader Ginsburg is not a believer in protesting by sitting or kneeling during the national anthem.

Speaking to Yahoo! on Monday morning, Ginsburg had some harsh words for San Francisco 49ers quarterback Colin Kaepernick and other players who have decided to kneel during the national anthem in protest of racial inequality.

"I think it's really dumb of them," Ginsburg said. "Would I arrest them for doing it? No. I think it's dumb and disrespectful. I would have the same answer if you asked me about flag burning. I think it's a terrible thing to do, but I wouldn't lock a person up for doing it.

"I would point out how ridiculous it seems to me to do such an act. But it's dangerous to arrest people for conduct that doesn't jeopardize the health or well-being of other people. It's a symbol they're engaged in."

Kaepernick began his protest in August by sitting during the national anthem before the first three preseason games. After a meeting with Army Green Beret Nate Boyer, Kaepernick decided to kneel in an effort to make the protest more respectful.

Safety Eric Reid joined Kaepernick then and linebacker Eli Harold has also begun kneeling in the past few weeks. Other NFL players have also joined in kneeling or by raising their right fists during the playing of "The Star-Spangled Banner."

Kaepernick repeatedly has said that he respects the military but he's trying to use his platform to speak up for those who "don't have a voice" and send a message that substantive change needs to take place in order to quell racial oppression in the United States.

"It came from America and seeing the things that we do here and how we treat people and the oppression and injustices that go on," Kaepernick said in late September. "It's something I've seen for a long time, it's something I have studied up on and it's something that needs to be addressed because it's affecting thousands, if not millions, of lives."

Kaepernick has also committed to donating $1 million to communities in need by offering $100,000 each week during the first 10 weeks of the season. Kaepernick also has said he will donate profits from the sales of his No. 7 jersey to those same causes.

Ginsburg, 83, told Yahoo! she didn't feel Kaepernick and other players should be punished for their protests but made it clear that she would disagree with their stance. 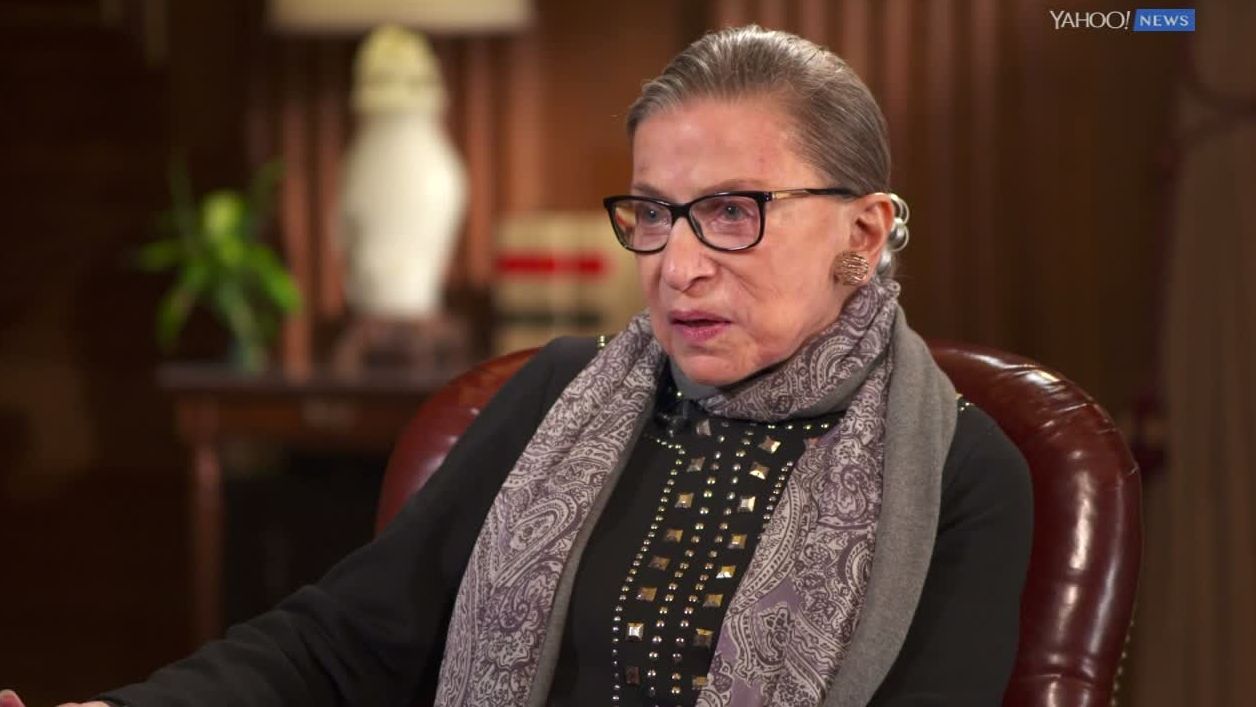