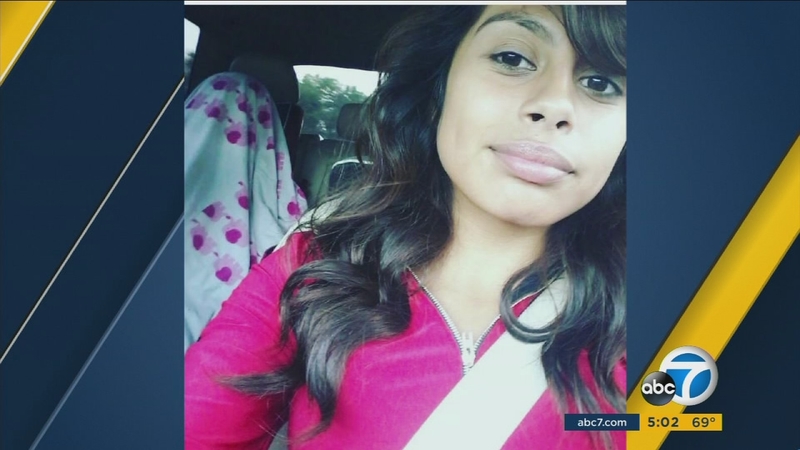 LOS ANGELES -- A community mourned the death of a teenage girl who was struck by a car in South Los Angeles on Monday.

Los Angeles police said 16-year-old Whitney Rivas was walking on South Broadway at 104th Street when she was hit by a car at about 6:30 a.m.

Rivas was in the crosswalk when she was struck, according to authorities.

"The vehicle was traveling southbound on Broadway. The pedestrian was walking eastbound in the crosswalk when the traffic collision occurred. Unfortunately she was deceased at the scene," Lt. T.J. Kim with the Los Angeles Police Department said.

Police said the driver who struck Rivas stopped to help her.

"He's the one that called the police, so there's no crime at this time. But it's still early and we're trying to put all of the pieces together," Kim explained.

Castaneda said he was waiting for Rivas before school like he always does, but she never arrived.

Authorities said they were trying to determine who had the right of way at the time of the collision.