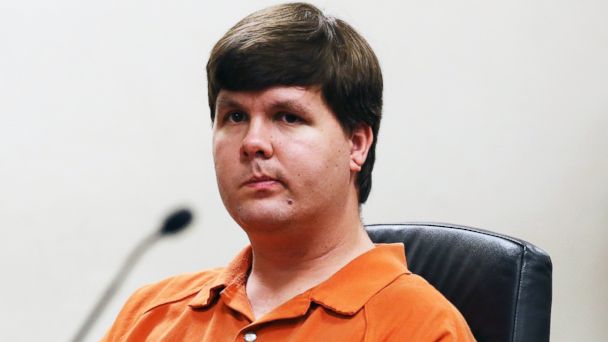 The Georgia dad charged with killing his toddler son by leaving the boy in a hot car all day had allegedlly given family members instructions on what they needed to do in order to collect $27,000 from the boy's insurance policies, new documents made public today reveal.

Justin Ross Harris, 33, who has been denied bond and faces child cruelty and felony murder charges after he said he forgot his 22-month old son in his SUV while he was at work at Home Depot, "has made comments to family members regarding a life insurance policy that he has on Cooper and what they need to do in order to file for it," according to search warrant affidavits.

The documents show that the family also had student and cars loans and were about $4,000 in credit card debt. Harris had also just started a business with friends, the documents allege.

The family had two insurance policies -- one for $25,000 and a second for $2,000, according to the search warrant affidavits.

The documents do not specify an exact date of when Harris had discussed the life insurance payouts with relatives.

Harris told police he was "happily married," however the investigation found Harris was sexting with other women, prosecutors said.

Harris, who was arrested June 18, had spent part of the day while his son was dying in the overheated car sending explicit messages and photos to "multiple women," investigators said Thursday.

One of the females Harris sexted was 17, officials said.

The prosecutor said that he brought up the sexting during the probable cause hearing because it "goes to the state of mind" of the defendant.

"He wanted to live a child free life," the prosecutor said during the court hearing on Thursday.

At the end of the three hour hearing, Judge Frank R. Cox denied bond for Harris because "this is a possible death penalty case."

Police searched five computers, an iPad, and an iPhone for information on Harris' finances, credit card, business information, life insurance, emails about the child, family issues, photos/ videos of Cooper, searches for car seat and car deaths, and his communications with others. They also searched the family condo for the need of light bulbs and his personal records, including life insurance and pay stubs from Home Depot, according to search warrant affidavits..

There were nine search warrants and nine affidavits released today dating back to June 24.

Cobb County Police Department Detective Phil Stoddard had told the court that before little Cooper Harris died, his father took him to a Chik-fil-A restaurant for breakfast and while buckling the boy back into his car seat, "Cooper gives him a kiss and he [Harris] gave him a kiss back."

Harris sat impassively in an orange jail jumpsuit until the end of the hearing when he began to cry. He has insisted he forgot his son was in the car and that the boy's death was an accident.

Stoddard testified that before the boy died, Harris had visited the website Reddit to search for articles on life without children, and viewed videos on Reddit that showed people dying -- by suicide or execution, in some cases. Harris had also twice viewed a video that shows the painful death of animals left in hot cars, and had searched for how to survive in prison, according to searches of his laptop, Stoddard said.