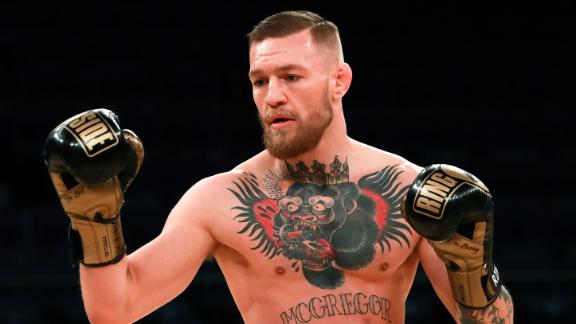 McGregor is one day away from potentially winning another belt. He's set to face lightweight titleholder Eddie Alvarez at UFC 205 on Saturday at Madison Square Garden. The Irishman is trying to become the first UFC fighter to ever hold two belts simultaneously.

On Friday, however, McGregor (20-3) got into a brief confrontation with welterweight champion Tyron Woodley (16-3), who also fights at UFC 205.

After both fighters weighed in, they passed each other at a nearby table. The two appeared to exchange brief words and even squared up for a moment.

Woodley, who will attempt to defend his title against Stephen Thompson, provided details on social media shortly after.

When Woodley reminded McGregor to "focus on Eddie and never call me a b---- again," McGregor simply wrote back, "b----."

During a press conference on Thursday, McGregor said he intends go up in weight and eventually hold "all the belts." His last two fights took place at welterweight, although Nate Diaz, who beat McGregor in their first fight but lost the second, is a longtime lightweight. Saturday will mark McGregor's UFC lightweight debut. 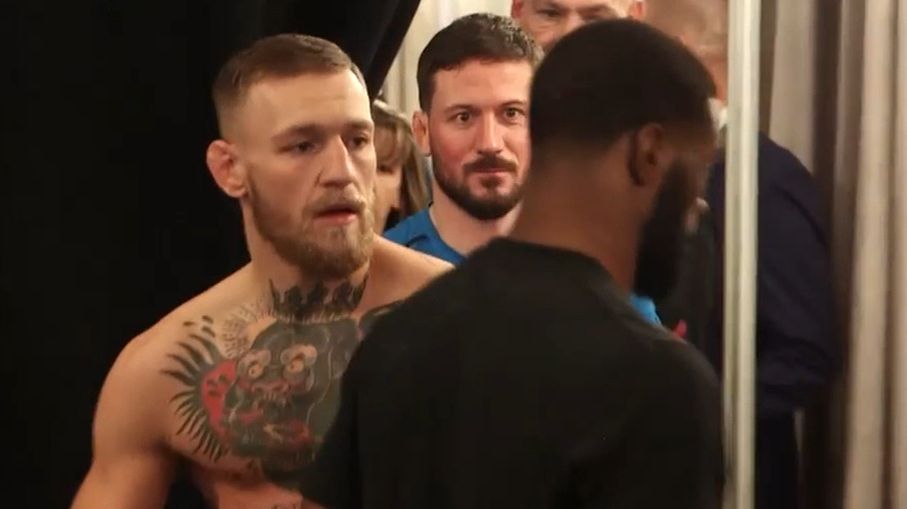 McGregor and Woodley have brief confrontation after weigh-in
Conor McGregor and Tyron Woodley confront each other briefly and exchange words after their weigh-in for UCF 205. 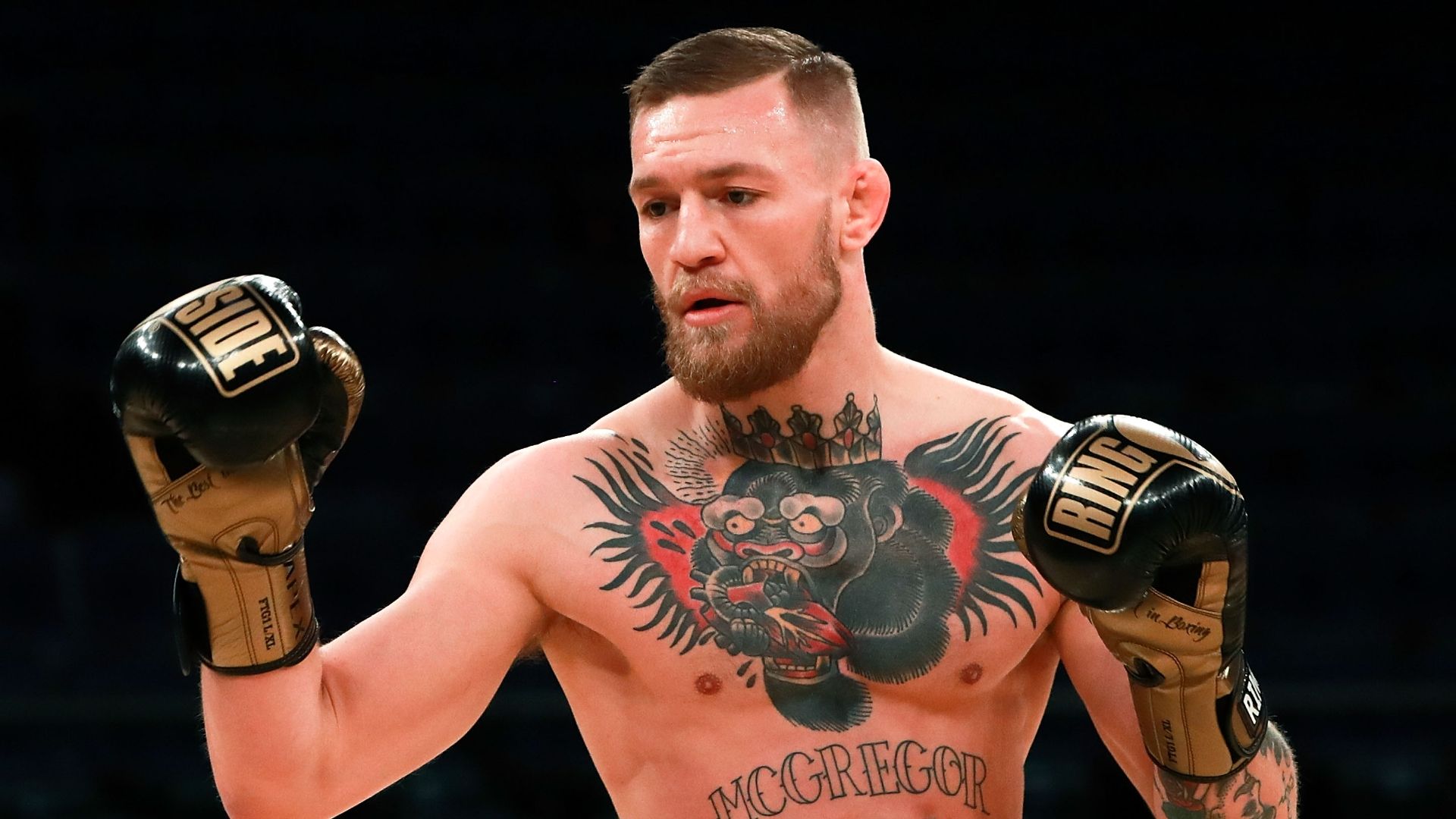