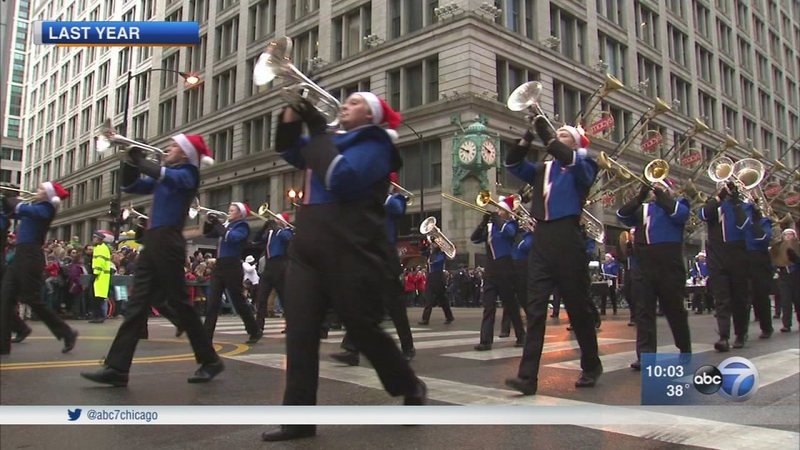 CHICAGO (WLS) -- The FBI issued an alert to police around the country on Tuesday ahead of Thanksgiving parades and Black Friday shopping, which could be terrorist targets.

Chicago police said there is no credible or specific threat to the city, but people should stay vigilant during the holidays and report anything suspicious to police.

Thousands of people will make their way to State Street to watch the Thanksgiving Parade.

"We'll be out there to ensure that they can enjoy this city, and shopping like always. One thing with CPD is we are accustomed to deal with protests and this will be no different," said Chicago Police Superintendent Eddie Johnson.

The bulletin issued Tuesday by the FBI and Homeland Security said the FBI and DHS remain concerned upcoming holiday celebrations.

"Holiday celebrations, beginning with Thanksgiving and the start of the shopping season...could be targeted by international terrorists or homegrown violent extremists. Detecting violent extremists, especially lone offenders, raises out concern that attacks could occur with little to no warning," read the bulletin.

Among those celebrations law enforcement are concerned about is New York City's famed Thanksgiving Day Parade.

"I think this year you are going to see a lot more blocker cars and sand trucks on the cross streets," said New York City Police Commissioner James O'Neill.