WLS
By Jessica D'Onofrio
BERWYN, Ill. (WLS) -- Authorities appealed to the public for help to capture the person who shot an AT&T worker in the back during an attempted robbery in west suburban Berwyn.

"Pick up the phone. Work your blocks. If you have the slightest information on the vehicle or a license plate number that this individual may have ran or gotten into, we ask that you give this information over to the Berwyn Police Department," Holmes said.
Related topics:
berwynattempted robberyshooting
Copyright © 2020 WLS-TV. All Rights Reserved.
RELATED Reward offered in shooting of AT&T worker in Berwyn 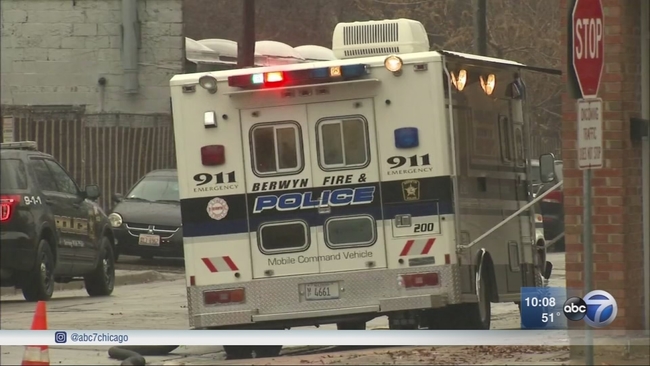