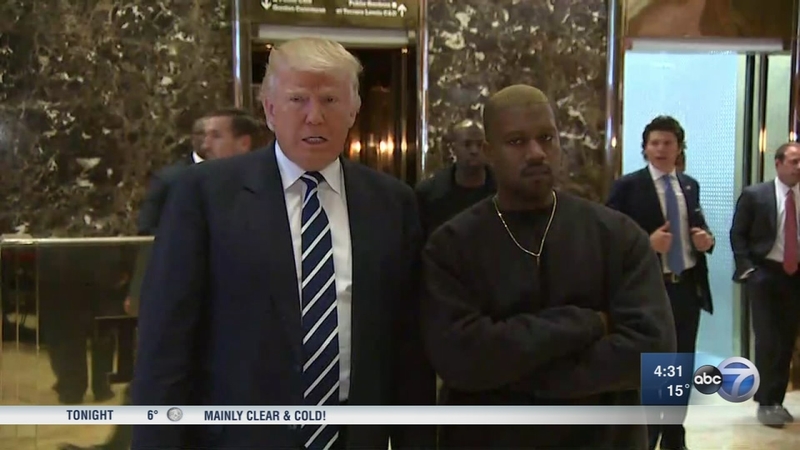 NEW YORK (WLS) -- On the morning that a new secretary of state was nominated, Donald Trump's only public appearance was alongside rapper Kanye West.

At least one U.S. Senator - who will vote on whether to confirm the Trump cabinet - is trying to keep an open mind.

"I'll wait for the hearing. I'll hear what they have to say. But what unusual choices," said Sen. Dick Durbin, D-Illinois.

Sen. Durbin used the word "skeptical" when describing his reaction to most of Donald Trump's cabinet nominees, including Exxon Ceo Rex Tillerson to be the next Secretary of State.

"Here's a man who wants to guide the foreign policy of the United States of America and his claim to fame is he's made a lot of money in the oil business and he's a friend of Vladimir Putin," Durbin said.

Tillerson has negotiated oil exploration deals with Putin and has been Exxon's point man in the company's effort to reverse U.S. economic sanctions against Russia for its annexation of Crimea. An Obama administration spokesman noted that if the Trump administration wants to "warm" relations with Russia.

"What better way to do that than choose somebody who's been awarded the Order of Friendship by Vladimir Putin to be your Secretary of State?" said White House spokesman Josh Earnest.

For energy secretary, Trump nominated former Texas Governor Rick Perry - an energy department opponent - who could not remember the department during a Republican presidential primary debate.

"Here we have President-elect Trump choosing people to head departments they want to abolish," Durbin said.

Chicago congressman Mike Quigley wrote: "The governor cannot be trusted or expected to effectively lead an agency that he doesn't believe should even exist."

As the controversial cabinet appointments were announced officially, West arrived around 9:15 a.m. and said "hey" but did not answer questions thrown at him.

I wanted to meet with Trump today to discuss multicultural issues.

After several minutes of posing, West was asked why he didn't have anything to say. "I just want you to take a picture right now," he responded.

As they left, Trump hugged West and said, "you take care of yourself. I'll see you soon."

The president-elect also met with tech billionaire Bill Gates and retired pro-football legends Jim Brown and Ray Lewis on Wednesday. It's an understatement to say this has been a "non-traditional" transition.