Police: Michael Floyd had BAC of .217, could face jail time 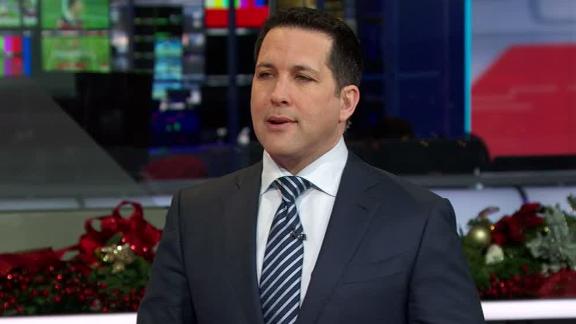 When Michael Floyd was arrested in his vehicle on Dec. 12, he had a blood-alcohol level of .217, a number which could land him in jail.

Floyd was arrested and charged after the wide receiver fell asleep in the driver's seat of his vehicle while stopped at a traffic signal. The Scottsdale, Ariz., prosecutor told ESPN that Floyd has now been been charged with more serious offenses due to the results of his BAC test, which were revealed Wednesday.

Floyd, who was released by the Arizona Cardinals after his arrest and has since been claimed off waivers by the New England Patriots, was initially charged with obstructing a roadway, DUI impaired to the slightest degree, DUI blood alcohol content above .08, and failure to obey a police officer.Two additional charges, one for BAC of .15 or more and one for BAC of .20 or more, were added, giving him a total of six charges. All charges are Class 1 misdemeanors, which allow him to leave the state without restriction.

Arizona state law carries harsh penalties, including jail time, for having a blood alcohol level over .15 and even tougher penalties for a BAC over .20. If Floyd is convicted for a first offense of operating a motor vehicle with a BAC over .20, he faces a jail sentence of at least 45 days, will have to use an ignition interlock system, pay a $500 fine and contribute $1,000 to a prison construction fund and $1,000 to a public safety equipment fund. Penalties for a second offense within 84 months of a first conviction are even more harsh.

The prosecutor told ESPN that a conviction on the pending charges in Arizona mandates jail time, but the amount of time is flexible. He could theoretically serve a portion of his sentence in jail and then the remainder under home detention with home alcohol monitoring.

Floyd's first court appearance is scheduled on Feb. 24 for a pretrial hearing. He does not have to be present.

This is Floyd's second DUI arrest. While at Notre Dame, he had a BAC of .19 when he was arrested on campus in 2011.

Police have released video of the most recent incident, which shows that Floyd's eyes were closed, his head was back and his mouth was open when an officer approached his Cadillac Escalade at approximately 2:48 a.m. on Dec. 12. After the officer knocked on the window with his flashlight in an attempt to awaken Floyd, the officer pounded on the window with his fist and Floyd awoke with surprise.

Floyd was ordered to put the car in park and turn off the vehicle, but he did not immediately follow those instructions. Floyd then rolled down his window, with the officer ultimately reaching into the car to unlock the door to remove Floyd from the vehicle.

Patriots coach Bill Belichick on Wednesday said the team was aware of the video of the incident. Floyd practiced with the team Wednesday.

"Yeah, we were aware of his situation when we claimed him," Belichick said. "He's in an ongoing legal situation; I'm not going to comment on."

Belichick was asked if the team has a system in place to support players in those types of situations.

"We have a lot of things on our team to handle a multitude of things that players, coaches, anybody in our organization, really, that come up," Belichick said. "There are a lot of things outside of football that we all deal with. It's a long, long list and we provide a lot of resources for everybody on that."