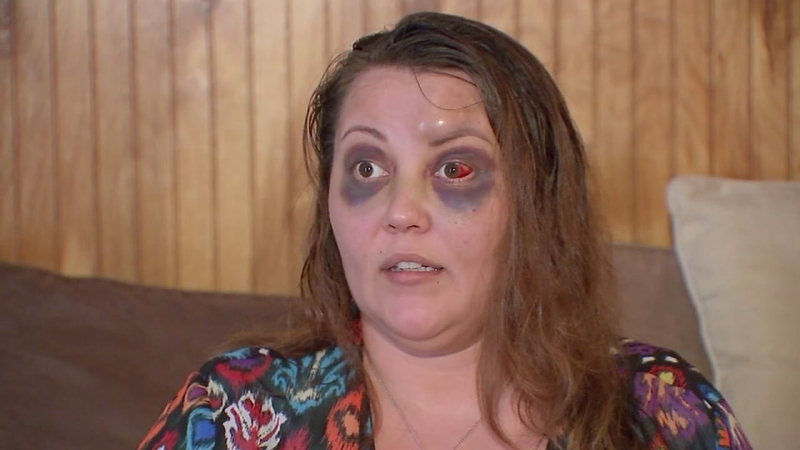 Woman searching for driver of hit and run involving 18 wheeler

HOUSTON, Texas -- A woman driving on Highway 6 last week is searching for an 18-wheeler she says barreled into her car before taking off.

The damage of the incident is still visible on Brittany Kiser's car, as well as her face.

"He hit me so hard I hit the steering wheel, and I jerked back so hard that my entire driver's seat was broken," Kiser said.

She says an 18-wheeler with a red cab barreled through the intersection of Westpark Drive and Highway 6, hitting her car in the process.

"He just kept going. He just did not ever slow down," she said.

Kiser says the impact sent her car sailing, but thankfully, some witnesses ran up to help.

"They thought that I was dead," she said.

The Harris County Sheriff's Office is investigating, and Kiser is too. She says she can't sleep due to the pain, so she searches online for trucks and companies that could match the suspect vehicle.

"I even have nightmares about it," Kiser said.

She's asking anyone with information to come forward.