'Katrina Girl' goes to JROTC ball with man who rescued her 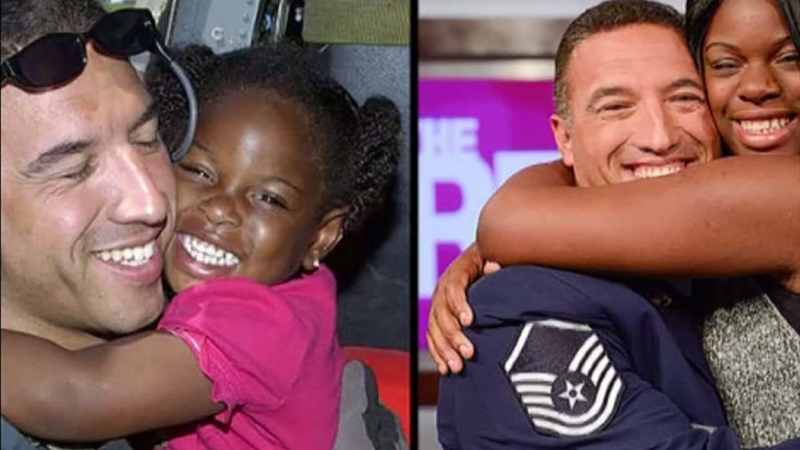 'Katrina Girl' goes to JROTC ball with man who rescued her

'Katrina Girl' has asked one of the Air Force veterans who saved her and her family to escort her to her Junior ROTC ball.

In the wake of Hurricane Katrina in 2005, Staff Sgt. Michael Maroney had been rappelling down from an MH-60 Pave Hawk helicopter, helping anyone that he could, according to the Air Force Times.

After he dropped one rescued family off at the New Orleans International Airport, LaShay Brown showed her thanks by giving Maroney a big bear hug, resulting in the touching photo above, taken by Air Force photographer Veronica Pierce.

People Magazine reported that Maroney suffered from PTSD, and that he had carried the photo with him on deployments to Iraq and Afghanistan as a reminder of that moment.

Maroney never learned the family's name and in 2010, he began posting the photo online to try and reunite with them.

They reunited after a social media campaign and have remained in touch since 2015.

LaShay credits Maroney's influence for her decision to enter JROTC and even asked him to escort her to the Junior ROTC Ball.

Maroney posted to Instagram a picture of the two of them from their last meeting, saying how excited he was to see her.