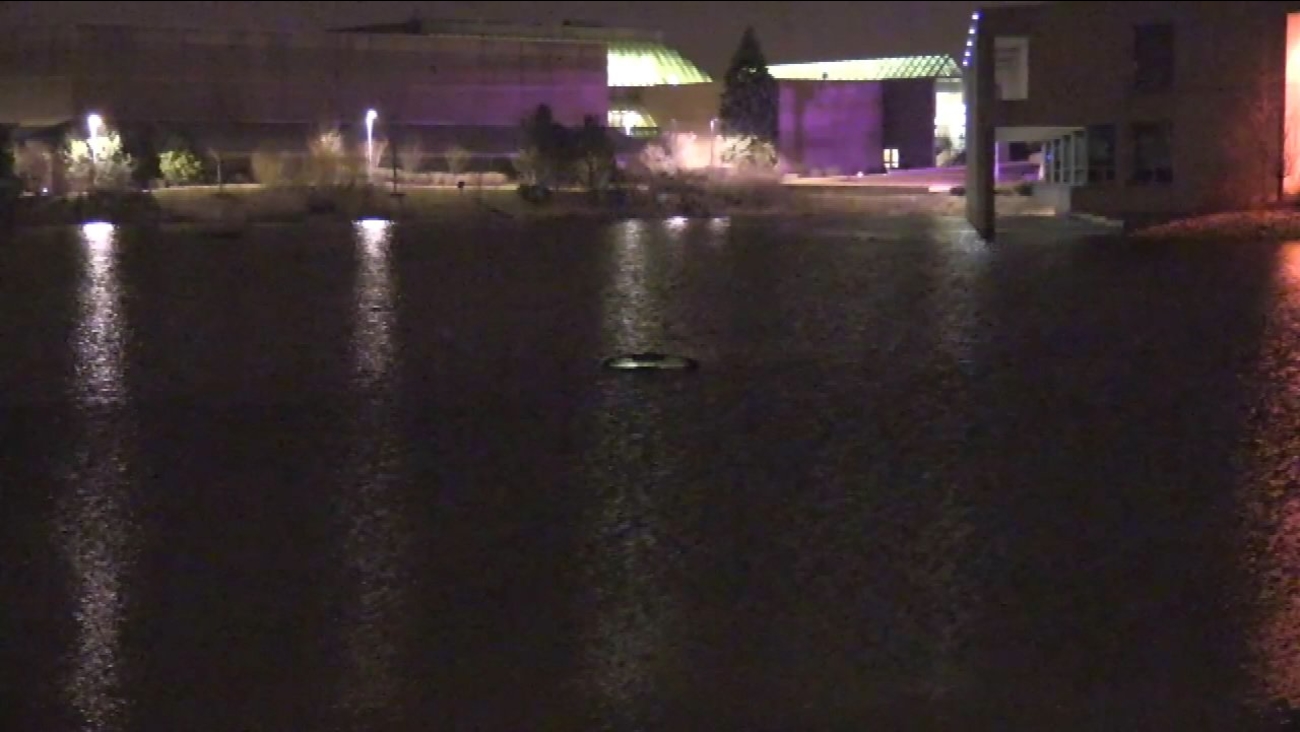 A Glen Ellyn police officer saved a woman after her car went into a pond at the College of DuPage. (NVP Video)

GLEN ELLYN, Ill. (WLS) -- A Glen Ellyn police officer came to the rescue of a 61-year-old woman after she drove into a pond Friday night.

Police responded at about 8 p.m. after the woman's car went into a pond at 425 Fawell Boulevard on the property of the College of DuPage.

The first officer on the scene swam out to the car, which was about 30 yards from the shore, and located the woman, who was unconscious and still inside the car, police said. The officer pulled her out and onto the top of the submerged car and she regained consciousness.

Firefighters from the Lisle-Woodridge Fire Department assisted them in getting back to shore.

The woman, who was in the car alone, was transported to Central DuPage Hospital, police said. The officer who rescued her was hospitalized as a precaution and released a short time later.

It is not known what caused the car to go into the pond.
Related topics:
glen ellynwater rescue
Copyright © 2021 WLS-TV. All Rights Reserved.
More Videos
From CNN Newsource affiliates
TOP STORIES