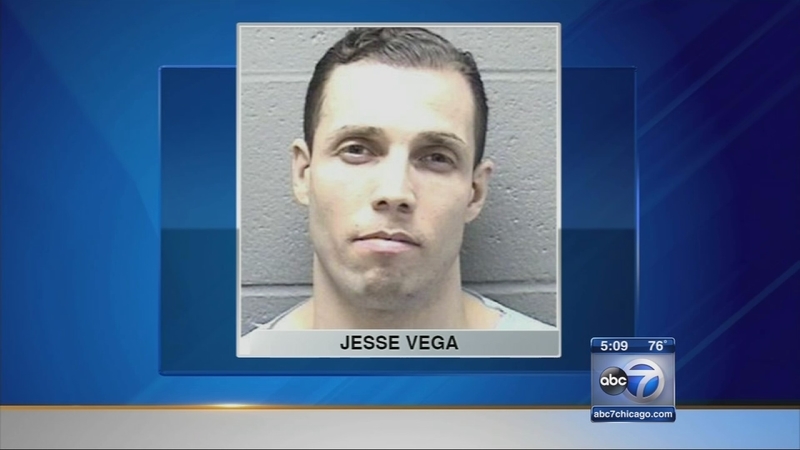 ELGIN, Ill. (WLS) -- Jesse Vega, the man who set off a large police manhunt in Elgin, has been charged with escaping from a penal institution, a felony.

Vega escaped from an Elgin mental health center vehicle Wednesday morning while being transported to court in Lake County.

He allegedly ran towards Prospect Street and into the backyard of the Hecks' home. Authorities say Vega managed to take off one of his handcuffs and even change his clothes. He hid behind cellar doors in the Hecks' yard when Joseph Heck's wife heard him, official said.

"She heard a cough and she went to investigate, opened the door, she closed it real quick then he jumps out, swings the doors open," Heck said.

That's when Vega allegedly ran out, crossed the street and whistled for a cab in the 400-block of Prospect. The Hecks then called police and told them were the cab was headed.

"We caught him, just in time, as he was running and that's it, that's the main thing," Heck said. "I'm glad we caught him and I'm glad he's back in custody again."

The cab driver stalled Vega until the cops arrived and arrested him.

The Illinois Department of Human Services is conducting an internal investigation as to how Vega escaped the van.

Vega was initially in custody for allegedly attacking his girlfriend and fracturing her skull.

As he made his appearance through closed circuit video in court Thursday morning, telling the judge he's "hearing voices."

Based on that, the judge ordered another mental fitness evaluation.