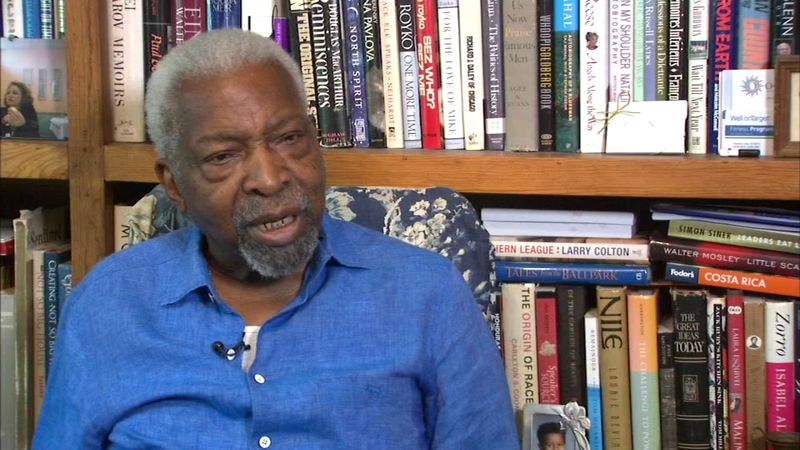 CHICAGO (WLS) -- The 1968 Democratic Convention was a chance for Mayor Richard J. Daley to show off Chicago, but any hopes he had for positive media coverage were dashed by the violent protests.

On the 50th anniversary of those protests, ABC7 Political reporter Craig Wall spoke with Don Johnson, a former Newsweek correspondent who found himself caught up in the chaos.

"We were caught by surprise, by the quickness, the intensity of the violence," Johnson said.

Johnson still has indelible memories of the 1968 Convention, and can recall the peaceful demonstrations in Lincoln Park that turned ugly when officers enforced a curfew that, until then, was largely ignored.

"I was on Wells and Division and I saw a Sun-Times photographer hold his camera up, and the next thing I saw was a policeman take his baton and beat the camera right in the guy's face," Johnson said. "I was astounded. I called Newsweek and said this thing is taking a turn we didn't anticipate."

Days later, Johnson said was beaten while covering a demonstration outside the Hilton Hotel, shown in this picture captured by a local photographer.

"The crowd started running, and the police trying to keep them back, and when that didn't work they started hitting them back and you know that's when I got hit," Johnson said.

Johnson was struck on the legs and the shoulder. He was not badly hurt, but was stunned.

"I didn't expect it at all, we had on suits, we had on multiple identifications streaming down our front, they knew we were not long-haired hippie-ish, but we were the press and so they wanted to intimidate, if not silence us," Johnson said.

Johnson said he believes the police have learned lessons in restraint and sees the protest that shut down the Dan Ryan Expressway as a good example and a stark contrast to the convention.

"It's improved a little bit now that we have cameras and things like that," Johnson said. "There was absolutely no restraint during the Chicago convention, in 1968. No restraint on the side of the police."

Johnson said he has always suspected police were acting on orders from higher up.

"It would be just a good thing if Chicago would admit that that's what they did," Johnson said. "If somehow the records could be brought together and show this is exactly what they did. They intended to have the police do what they did. For whatever reasons, I think that would help."

There was never any proof Daley ordered any of the violence, but he was singled out in the Walker report about the convention as being responsible for the attitudes of police. That assertion stemmed from Daley's inflammatory comments about shooting rioters in response to the violence on the city's West Side after the assassination of Martin Luther King, Jr. in April of 1968.