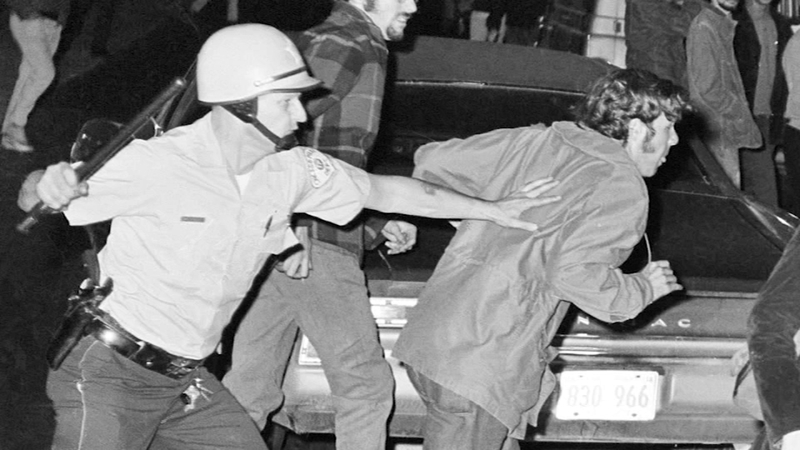 When Don Rose looks at videos of the clashes with police outside the Democratic National Convention in 1968 he gets a pit in his stomach.

"And there's where they broke up the march with the tear gas, you can see going there, I can still smell it," he said.

Rose and Marilyn Katz were protest leaders in Chicago in 1968. They both point to the riots on the city's West Side following the assassination of Martin Luther King, four months before the convention, as setting the tone for their planned protests.

"It was after Martin Luther King had been killed, after the West Side had gone up in flames, tensions were high among everybody," Katz recalled.

"The West Side erupted in a rebellion, rioting, whatever you want to call, it and Mayor Daley issued his famous 'Shoot to kill, shoot to maim' speech that was kind of a signal to us," said Rose.

The fear of police violence would keep many demonstrators away. Those who did come had plans for peaceful protests of the war. Katz vividly recalled the clash with police in Lincoln Park.

"This phalanx both of police coming ahead of the tear gas and trucks spewing tear gas coming like some science fiction movie or some war movie, just marching out of the east," she said.

Rose coined the famous phrase, "The whole world's watching." But a more poignant memory was blood in the streets outside the Conrad Hilton Hotel on Michigan Avenue downtown.

Protesters suspected police were acting on the orders of Mayor Richard J. Daley.

"Daley made two mistakes: He turned a demonstration, anger against the war thousands of miles away, into anger against him. He turned an antiwar movement into an anti-Daley movement," Katz said.

Looking back, Katz and Rose regret the violence but not their roles in leading the demonstrations.

"I'm proud of what we did in '68, and we might not have won every battle and clearly we've had setbacks, but there is an integrity and honesty that, and a rightness about the issues, that lasts 'til today," said Katz.

Both she and Rose remain very politically active, and Rose expects to be highly active this political season.