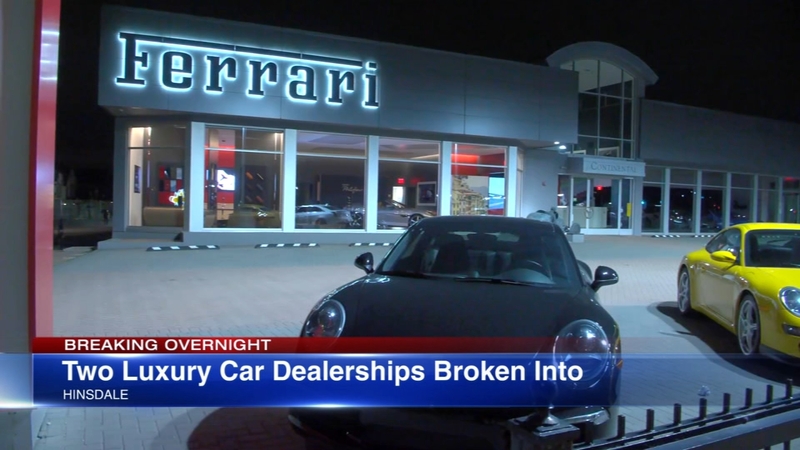 Police said a burglary crew targeted a Land Rover dealership at 336 E Ogden Ave. and a Continental AutoSports Ferrari at 420 E Ogden Ave. at around 2:30 a.m.

Officers responded to the scene and took two people into custody. Police said one of the suspects was armed and that a third suspect got away.