Gatwick drone chaos: 2 arrested for 'criminal use of drones' 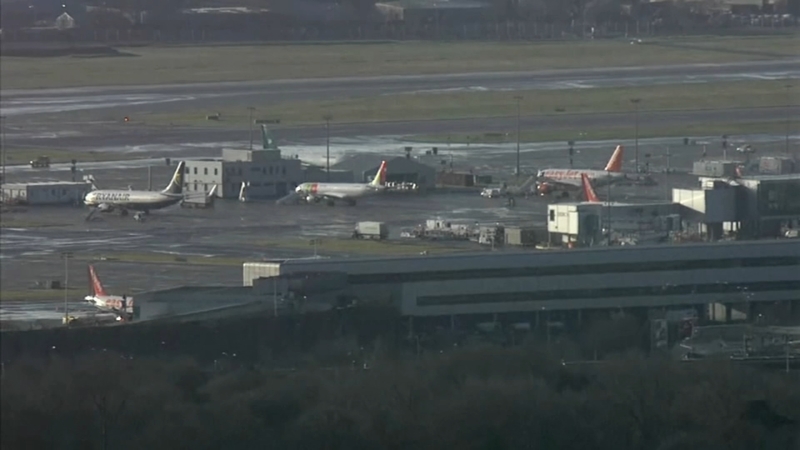 Gatwick drone chaos: 2 arrested for 'criminal use of drones'

A man and a woman have been arrested on suspicion of "the criminal use of drones" at Gatwick following several days of disruption at Britain's second busiest airport.

The 47-year-old man and 54-year-old woman were arrested in Crawley -- the closest major town to the airport -- late Friday evening, police said, on suspicion of disrupting civil aviation services "to endanger or likely to endanger safety of operations or persons."

"Our investigations are still ongoing, and our activities at the airport continue to build resilience to detect and mitigate further incursions from drones, by deploying a range of tactics," Sussex Police Superintendent James Collis said.

"The arrests we have made are a result of our determination to keep the public safe from harm, every line of inquiry will remain open to us until we are confident that we have mitigated further threats to the safety of passengers."

The airport aims to run a full schedule of flights on Saturday but warned travelers to expect some delays and cancellations. Passengers were advised to continue checking the status of their flights with their airline before setting out.

There are 757 flights scheduled for Saturday, carrying more than 124,000 passengers, an airport spokesman said.

Flights from Gatwick were briefly suspended again on Friday after another reported sighting of a drone. That closure came after more than 32 hours of complete shutdown due to repeated drone sightings Wednesday into Thursday.

An airport spokeswoman told CNN officials were made aware of the latest unconfirmed sightings at about 5:20 p.m. (11:20 a.m. CST) Friday and closed the runway as a precaution. Flights in and out of the airport south of London later resumed.

In a statement, the spokeswoman said: "While we investigated, airfield movements were suspended. This was a precautionary measure as safety remains our main priority."

Many more were due over the weekend, with 2.6 million people expected to pass through Gatwick over the Christmas-New Year period.

"Passengers should expect some delays and cancellations as we continue to recover our operations following three days of disruption and are advised to check with their airline before traveling to the airport," an airport spokesman said.

Whoever is found to be behind the disruption could face up to five years in prison for endangering the safety of an aircraft.

Transport and aviation bodies have called for the laws on drone use to be tightened in the wake of the incident, with pilots' union Balpa saying an exclusion zone around airports should be extended from 1 kilometer to 5 kilometers (3 miles).

"It is now obvious that that must happen urgently. This incident also reinforces the need for registration and licensing of operators so that the police can track and trace drones," spokesman Brian Strutton said.