2 attempted carjackings within an hour in Oak Park 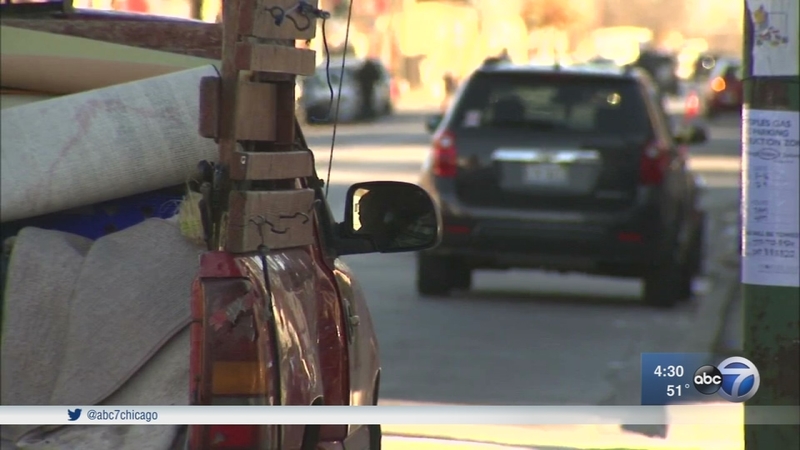 2 attempted carjackings nearby in Oak Park within an hour

Police believe the same suspects may be responsible for both.

In the first incident, a mother taking her child out of her car was confronted by armed carjackers. The victim, who asked to not be identified, said she was fortunate.

"He gets to the left side of my head and just puts the gun on my temple," she recalled.

The woman said the gunman didn't seem to realize her 3-year-old daughter was in the backseat.

"I said, I have my daughter inside my car, can I just please get her out first. And then when I said that they just, they were like it's not worth it," she said.

Then at the busy intersection of Division and Austin at about 5:30 p.m. police said two gunmen tried to force the driver out of his car. Police said a man walked up to the car, displayed a handgun and tried to open the door. The driver, however, was able to speed off before the suspect could get it open.

"I was in the area when it happened, but I didn't really see it," said Charles Eneogwi, neighbor. "Yeah, it worries me a lot."

The attempted carjacking happened just down the block from Mack Patel's convenience store. He says he worries about his safety sometimes.

"Oh yeah, for sure. So we always keep an eye, you know, and you can see the neighborhood is changing a lot," Patel said.

One side of the street is Chicago, the other is Oak Park. There were a number of cameras on buildings in the vicinity, but none of that apparently captured images of the suspects. The victims were also unable to get a good look.

Both victims described the suspects as teenagers to the police, but there is no further description available. No one was injured the attempted carjackings.