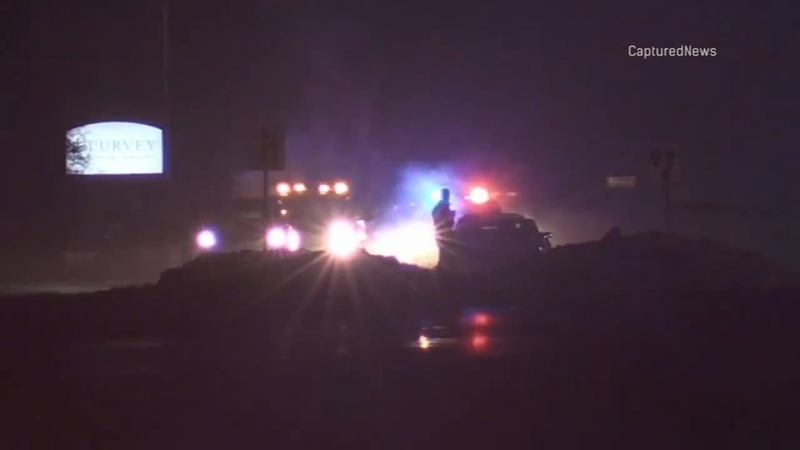 VOLO, Ill. (WLS) -- One teen was killed and another seriously hurt early Sunday morning in a shooting in northwest suburban Volo.

Lake County, Illinois sheriff's deputies responded about 2:50 a.m. to Route 12 and Route 120 for a possible fight in progress, police said.

When they arrived, they found three people in a parking lot in the 30400-block of Route 12. Two had been shot: One was deceased and the other was seriously injured. The third suffered only minor injuries.

Police said a 35-year-old Round Lake Beach man had his vehicle stolen several days ago and located it about 2:45 a.m. Sunday near Route 12 and Route 120. Two 17-year-old boys from Carol Stream were inside the vehicle, police said.

They tried to drive away from the man, but the vehicle ran out of gas. They then pulled into the parking lot in the 30400-block of Route 12.

Hundreds gathered outside a Rockford bowling alley Saturday night to remember the victims of a deadly shooting Christmas weekend.

The three got into a struggle, police said, and a gun was pulled out and fired multiple times.

The two 17-year-olds were shot, one killed and the other seriously hurt. The 35-year-old suffered minor non-gunshot wounds, and did not need medical treatment, police said.

The sheriff's office said it has no reason to believe anyone else was involved in the incident. The office also said there is no immediate threat to the community.

The Lake County Coroner's Office responded to the scene, and an autopsy for the deceased 17-year-old is tentatively scheduled for Monday.

Police did not immediately provide information about who fired the gun.