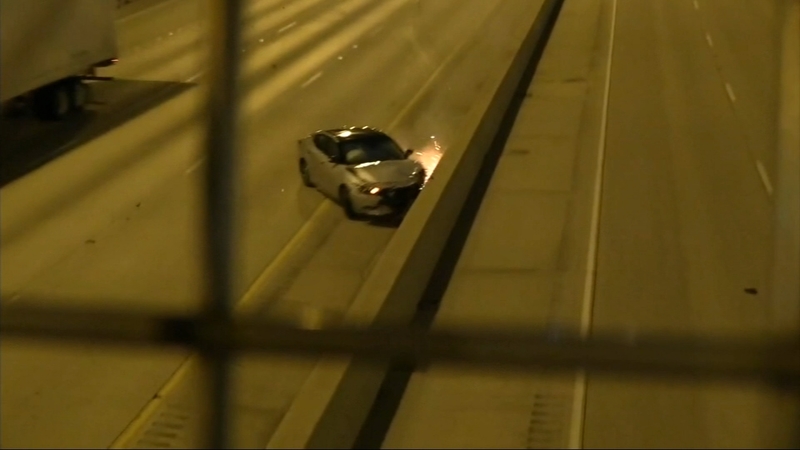 CHICAGO (WLS) -- Two people have been charged after police said the crashed on the Dan Ryan Expressway following a carjacking in Calumet Park.

Police said a silver Nissan was taken in a carjacking in Calumet Park last week. Illinois State Police tracked down the Nissan, which was spotted Monday morning in Englewood. The driver took off, leading police on a high-speed chase.

The Nissan then lost control and crashed at 35th Street at about 2:30 a.m. Two people inside the car were taken into custody while a third escaped and carjacked the driver of a black Honda Civic and fled the scene.

The owner of the Nissan, a mother of three, said she was horrified to see her car on the news Monday morning. She asked not to be identified for her own safety.

She said the suspects wore ski masks and gloves when they carjacked her in Calumet Park, rear-ending her.

"They tapped us so lightly, so when my fiance got out of the car to assess the damage, the guy got out of the car with a gun," she said. "Then the second person in the car got out with a gun that had a red light on it."
Report a correction or typo
Related topics:
calumet parkchicagoarmour squarechicago crimecarjacking
Copyright © 2021 WLS-TV. All Rights Reserved.
More Videos
From CNN Newsource affiliates
TOP STORIES