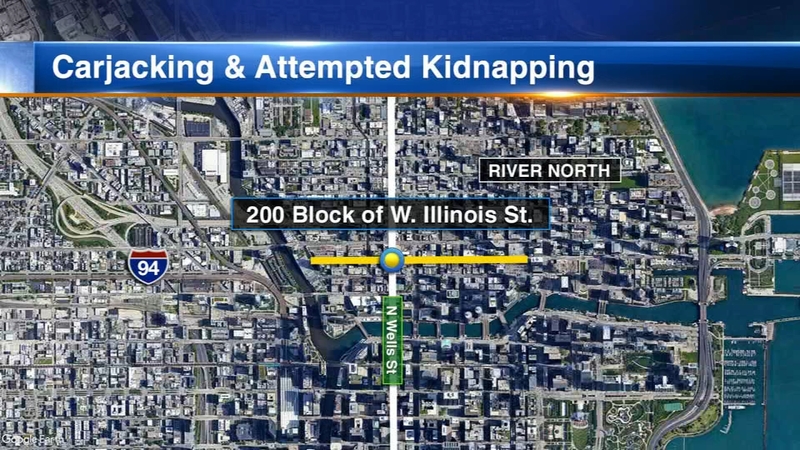 CHICAGO -- Two people were injured in a carjacking and attempted kidnapping Sunday night in River North on the Near North Side.

About 9:22 p.m., a 26-year-old man and a 24-year-old woman were sitting in a white 2020 Toyota in the 200-block of West Illinois Street, Chicago police said. The man got out of the vehicle and two males jumped in and attempted to flee with the woman still inside.

The woman was able to jump out before they drove off, and the man was struck in the face as he attempted to help the woman, police said. They refused medical treatment.