2 men shot while driving in Back of the Yards 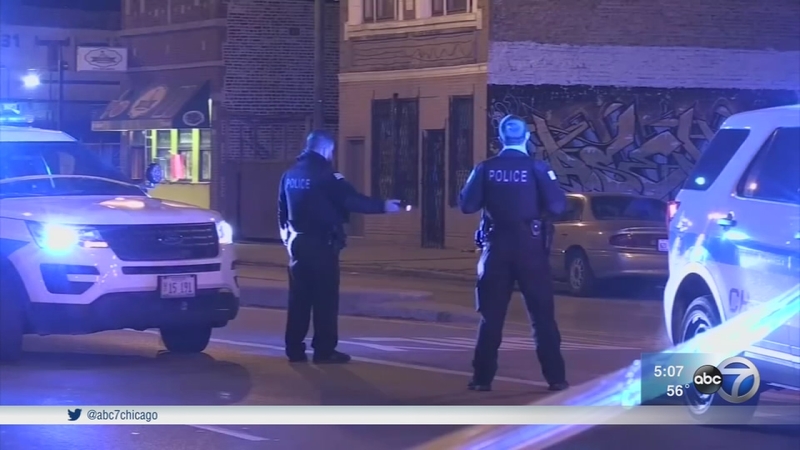 CHICAGO (WLS) -- Two men were shot, one fatally, Saturday night in Chicago's Back of the Yards neighborhood.

At about 10:30 p.m., the men were in a Chevy Equinox traveling southbound on South Ashland Avenue near 50th when two men in a dark-colored SUV started shooting at them.

Terrell Jones, 32, who was a passenger in the vehicle, was killed. He sustained multiple gunshot wounds.

The driver, a 27-year-old man, sustained a graze wound to right hand. He was recovering at Stroger Hospital.

The victims drove themselves to the 7th District Police Station on 63rd Street for help. Both were transported to Stroger Hospital, where Jones was pronounced dead.

A motive for the shooting was not immediately clear.

Jones was identified by his family as a streets and sanitation worker and a father of three. Officials said Jones appeared to be on his way home at the time of the shooting.

The shooting occurred near the 15th Ward.

"The area between 51st Street at 47th Street is pretty much a gang hotspot," said Alerman Raymond Lopez (15th Ward). "It's the border between several gangs, three of them are in major conflict right now...they don't recognize the car, their first instinct is to shoot and kill."