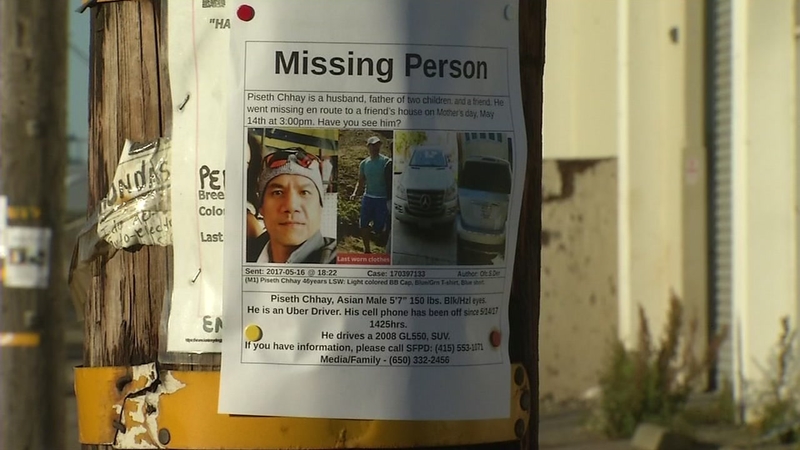 SAN FRANCISCO -- San Francisco police have found the car belonging to a missing father of two. Uber driver Piseth Chhay disappeared on Mother's Day, while driving to a friend's house.

The car was stripped of everything, including its wheels, when police on patrol found it and impounded it.

Now Chhay's closest friends and family are scouring the Bayview looking for answers and witnesses.

The 47-year-old is a full-time Uber driver but didn't plan to work that day. Now, after nearly a week without any word, many fear the worst.

Investigators paid their first visit to Chhay's house Saturday. They took his laptop, iPad, toothbrush and razor. And, they admit they haven't ruled anything out.

The family plans to expand the search to Oakland and Pacifica.

Chhay's house is now the family's war room because time isn't on their side.

"He loves his family way too much to leave without telling us where he's going or not even a phone call," said Chhay's wife Rattana Kim.

The case is no with SFPD's Special Victims Unit. But there are very few leads. The family worries an Uber passenger who left his phone in Chhay's car Saturday may be tied to his disappearance.

That passenger somehow tracked Chhay down at his home.