WLS
HAMMOND, Ind. (WLS) -- A pregnant woman who was carjacked has gotten that stolen vehicle replaced thanks to Harvey's mayor.

Surveillance video captured two teens jumping into Selina Gonzalez's car after she left the keys in the ignition at a gas station in Hammond on Thursday.

Her car was later found and brought to a tow lot in Harvey. The car is no longer drivable, so Mayor Eric Kellogg replaced the car.

Gonzalez has two children and a third on the way, which she's expecting in less than two weeks.
Report a correction or typo
Related topics:
hammondharveychicago proudcarjackingpregnant woman
Copyright © 2020 WLS-TV. All Rights Reserved.
RELATED 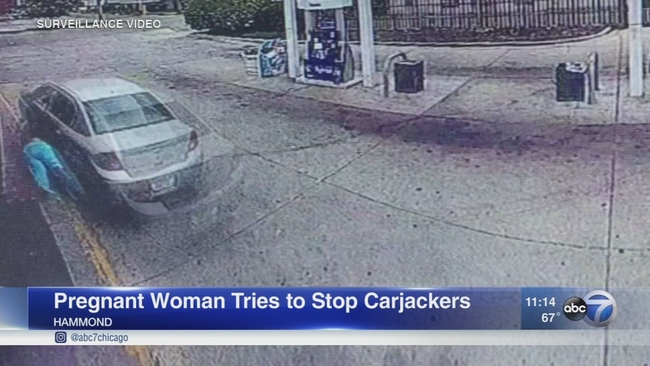