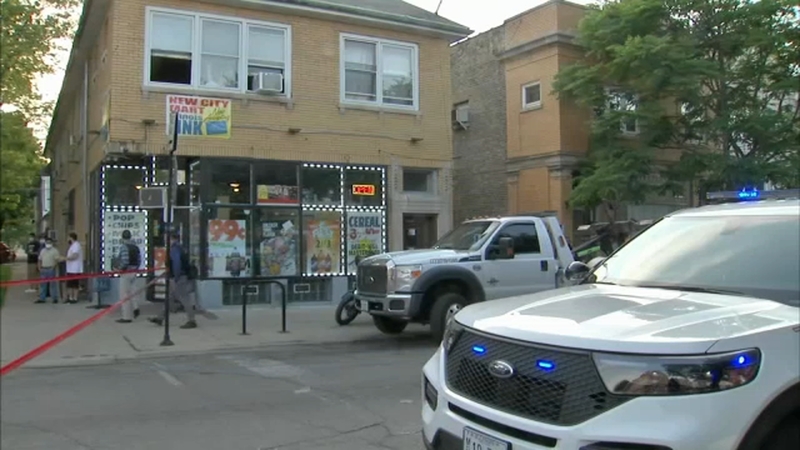 CHICAGO -- At least 23 people were shot, five fatally, across Chicago so far this weekend, CPD said.

One of the most recent shootings took place in Woodlawn.

A woman was shot six times early Saturday in Woodlawn on the South Side.

The 30-year-old was trying to park her car about 5:40 a.m. in the 6200-block of South Eberhardt Avenue when a car that had been following her pulled next to her and someone from inside fired shots, Chicago police said.

She suffered two gunshot wounds to the side, three to the arm and one to the leg, police said. She was taken to the University of Chicago Medical Center in critical condition.

A 17-year-old boy was wounded in a shooting early Saturday in the Lawndale neighborhood.

The teen boy was sitting outside on the porch about 3:30 a.m. in the 4100-block of West 21st Place when someone inside a black-colored car fired shots, Chicago police said.

He was shot in the arm and was taken in good condition to Mount Sinai Hospital by a relative, police said.

The teen told officers the gunman was firing shots at a nearby group and was hit by a stray bullet, police said.

A 24-year-old man was shot in his sleep early Saturday in Lawndale on the West Side.

He was lying on his bed about 3 a.m. in the 2200-block of South Kirkland Avenue when someone outside fired shots, Chicago police said.

Bullets went through the drywall and he was struck twice in the leg, police said. He was taken to Mount Sinai Hospital in good condition.

A man was killed and another wounded in a shooting early Saturday in Austin on the West Side.

Officers found a man unresponsive about 1:30 a.m. with gunshot wounds on the head and chest in the 1300 block of North Mayfield Avenue, Chicago police said. He was pronounced dead the scene.

He hasn't been identified, according to police.

Another man, 26, was also hurt in the shooting, police said. He was shot in the ankle and self-transported to West Suburban Hospital.

He was later transferred to Loyola University Medical Center in Mayfield, where he was in fair condition, police said.

Witnesses haven't cooperated with the investigation, according to police.

Three male suspects were arrested in connection to a shooting in the South Loop late Friday night.

A 30-year-old man was standing outside about 11 p.m. when he was shot in the leg by a male in the 2100-block of South Michigan Avenue, Chicago police said.

A witness saw the shooter get in a car with two other males and they were arrested shortly after, according to police.

The man was taken to Northwestern Memorial Hospital, where his condition was serious, police said.

A man was fatally shot Friday in West Englewood on the South Side, police said.

The 27-year-old was on the sidewalk about 9:20 p.m. in the 5600-block of South Marshfield Avenue when someone fired shots at him from a white sedan, Chicago police said.

The man was struck in the head and taken to the University of Chicago Medical Center, where he was pronounced dead. His identity has not been released.

RELATED: Back of the Yards shooting: 14-year-old girl dies days after chased, shot by 3 gunmen

A woman who lives on the block said she was working on fixing a light in her home when she heard "at least 20" loud pops. She thought they were fireworks.

"When I found out that it was actually gunshots, I got goosebumps," she said.

The woman, who declined to give her name, said she usually goes on a walk around the block at this time, because its generally quiet.

"But, I'm starting to get scared," she said.

The block has seen at least one other fatal shooting incident recently.

In February 2020, 15-year-old Marlin Gaines was killed in the 5600-block of South Marshfield Avenue when three males jumped out of a white SUV and shot him, authorities said.

Four people were killed and at least 28 others wounded in shootings across Chicago over Memorial Day weekend.