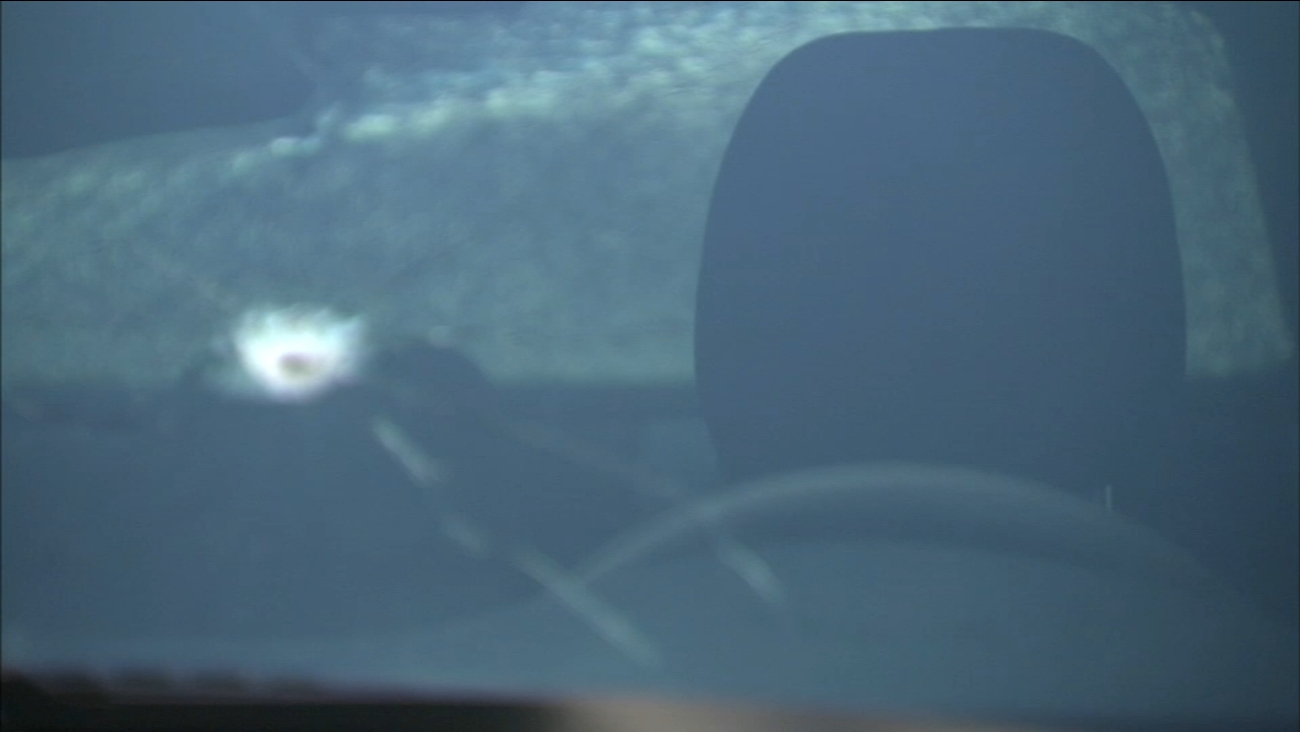 CHICAGO (WLS) -- The bullet went straight through Tianna Watt's vehicle, from back to front. It missed her by inches.

"I was frantic. I was yelling, screaming, crying; there was a lot going on," Watt told ABC 7 Chicago outside her home.

The 24-year-old soon-to-be graduate student talked about how a cousins' night had turned into a near-death experience, just minutes after she left a relative's home in the Hermosa neighborhood early Sunday morning.

She said she was idling on Pulaski just in front of the fire station when she saw a dark-colored vehicle coming in the opposite direction.

"As he started to slow down, he stopped, side-by-side with my car. His window was already down. He pulled out his fingers; he made it like a gun shape and pointed it at me. I was frantic, I was scared. I pulled away. I turned around and noticed he made a U-turn going back north on Pulaski, the same way that I was," she said.

Surveillance video from a Chicago police pod camera showed Watt being followed as she crossed the intersection of Pulaski and Cortland. Moments later, a bullet pierced her back window.

"It was really all a blur. It just happened really quickly. It took my cousin to let me know, 'omg, drive faster, drive faster, get away,'" Watt said.

Watt said she called 911 and rushed to the nearest police station to file a report.

She wants to know why anybody would shoot at someone else, apparently at random.

"He looked at me. He didn't know me. I didn't know him. I don't understand the motive," she said.

Police are investigating as they continue to gather surveillance video from the neighborhood in the hopes of fully identifying the shooter's vehicle.
Report a correction or typo
Related topics:
galewoodbellwoodchicagochicago shootingchicago crimedrive by shooting
Copyright © 2020 WLS-TV. All Rights Reserved.
More Videos
From CNN Newsource affiliates
TOP STORIES