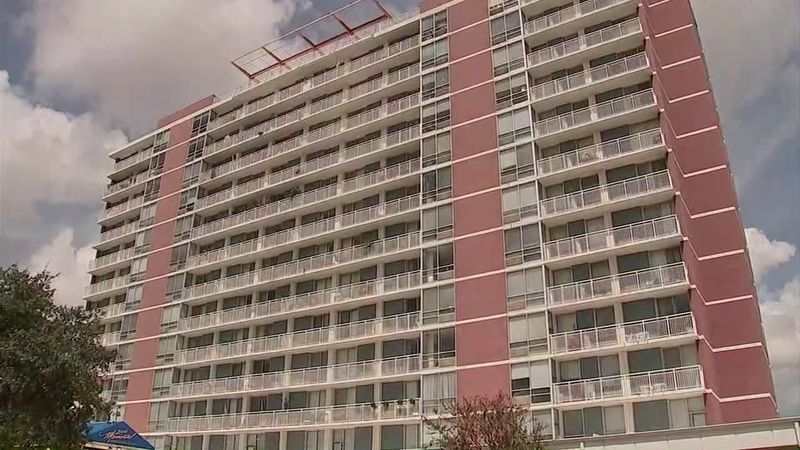 HOUSTON -- Some 200 senior citizens are in the process of packing up their belongings tonight.

They are being kicked out of their home, and the city says there's no other choice.

Residents living near Memorial and Sawyer near Buffalo Bayou Park received letters saying they have only five days to move out, that management is forcing to exercise their right to terminate the lease.

"Everybody got an eviction notice," tenant Rosemary Sharp said.

The deadline, September 23rd, was handed down with only five day's notice, says resident Edward Price.

Many of the residents at the senior housing complex across from the bayou are veterans, now being forced to move out in a hurry.

"I'm 98 years old. I'm a war-wounded veteran. I'm crippled," resident Albert Frances Shuttenberg said. "I got three Purple Hearts and they're throwing me out."
Schuttenberg, like everyone else who lives here, got a notice on his door saying the property sustained significant during Hurricane Harvey and it's no longer safe for him to stay in his apartment.

"Well that's the way it is," Schuttenberg said. "I can't find a place with this here flooding and stuff. People grabbed all the places up."

The Houston Housing Authority owns the building. Tony Gunsolley tells me they're doing everything they can to relocate tenants in five days.

"Originally we thought it was doable and that's what the standard practice is in what private real estate folks are doing around the city," Gunsolley said. "We're gonna evaluate it day by day. I know that if I gave people a 10-day notice, they would still say that's not enough time, and on day 9, people would still be here."

He says he knows it's a frustrating situation, one that's unavoidable.
As for theories that high-end condos could be built here instead, Gunsolley said the Houston Housing Authority has no plans to sell the property to any private company.

He said those are rumors and simply not true.