Aboard massive M32 Catamarans, 18 teams from across the globe compete for $100,000 in prize money and a spot in the world championship next month.

The boats' lightweight design allows for top speeds around 30 knots-more than twice the wind's speed. Teams cut tight corners, sprinting along a short course six times in each race.

This is hardly a leisurely day on the water. Team members are constantly running from one end of the catamaran to the other.

They're adjusting the dagger boards, tweaking the sails, and preparing for the boat to heel up.

Back on land, spectators know these are not typical boats.

"When they're up on one side and really going at it, it looks pretty cool," remarked Rosalind Muhr, watching from Navy Pier.

Every second, every maneuver counts on the water.

"Most team members have two or three roles and they're bouncing around," explained Team Magenta Skipper Sally Barkow.

Aboard her catamaran, it's an organized frenzy like on every other.

But Team Magenta stands out: they're the only women on tour.

Barkow, who's a former Olympian from the 2008 games, believes sailing allows women and men to truly compete on an equal level. Team Magenta is on a mission to inspire new sailors.

"It's not the physical strength or how high you can jump or hard you can throw a ball. It's technical, it's brain power, a lot of mechanics, it's a lot of timing," she added.

It's a lot of fun, too. The Chicago skyline makes things even better.

"The sun's out, the wind's good and it's a good city," said another skipper, Chris Steele from Team 36 Below.

The World Match Racing Tour is in Chicago all weekend long and there are plenty of heats to watch leading up to the match race, between the final two teams, on Sunday afternoon.
Report a correction or typo
Related topics:
sportschicagonavy piercompetitionboatingsailing
Copyright © 2020 WLS-TV. All Rights Reserved.
SAILING 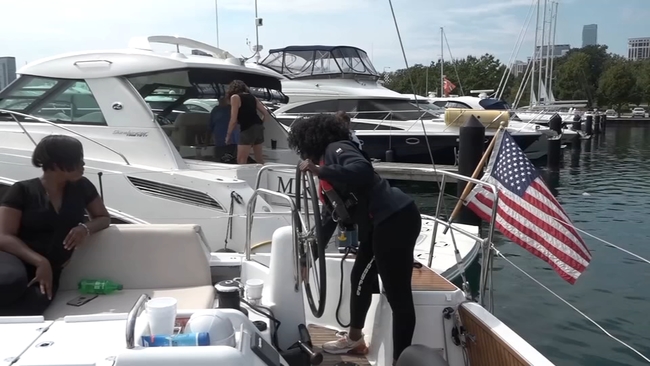 Keeping up with the Kru: Group aims to expose Chicago girls to sailing
Stanford kicks out student accused of using fake credentials on application 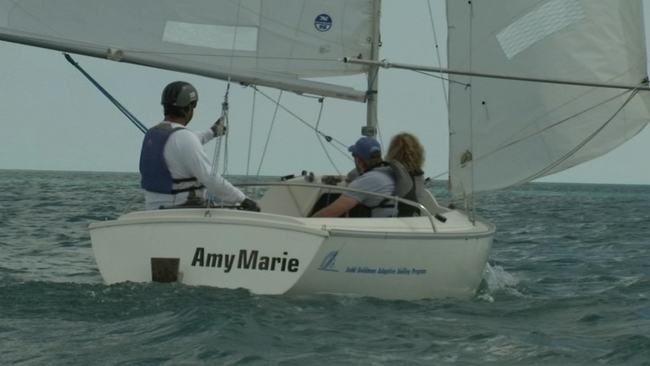