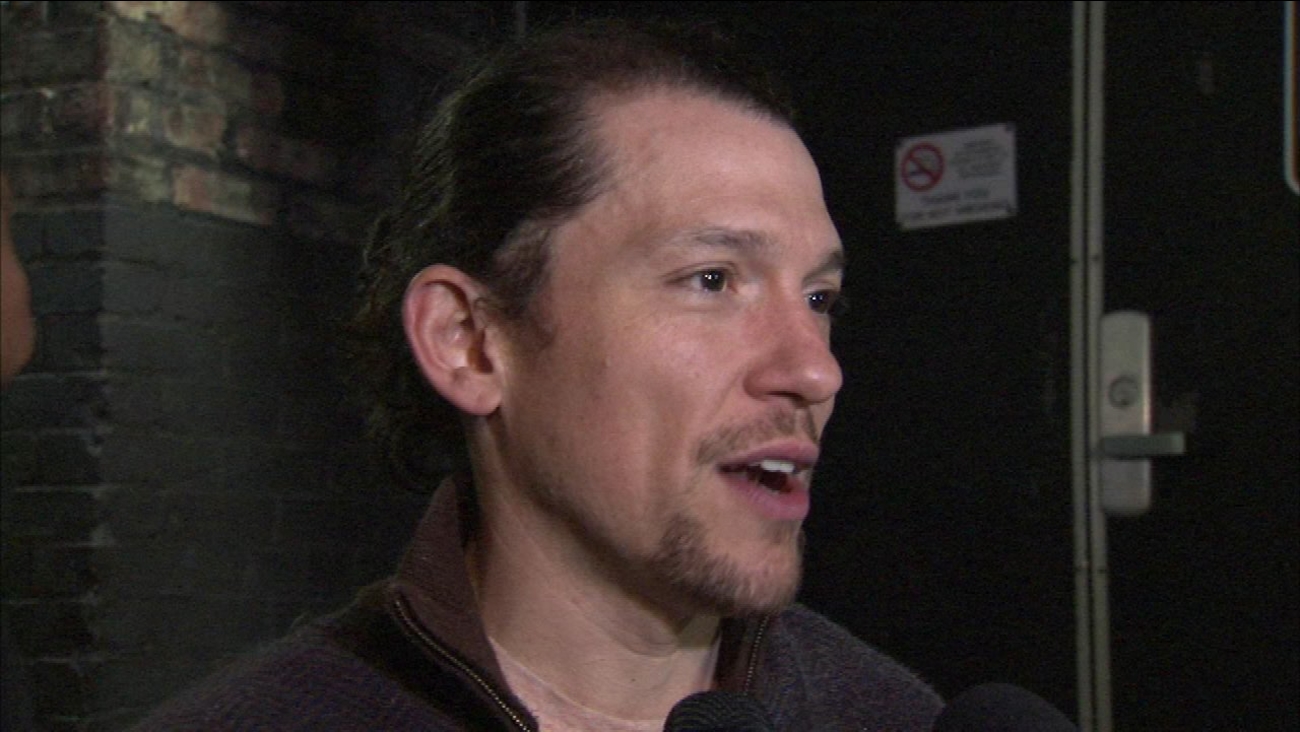 Miguel Cervantes, the star of "Hamilton" in Chicago, launched the My Shot at Epilepsy Challenge on Wednesday to mark the beginning of Epilepsy Awareness Month. The social media campaign kicked off outside the CIBC Theater.

Cervantes and his wife, Kelly, welcomed daughter Adelaide in October 2015. They sensed that something was amiss early on.

"She wasn't developing on a regular trajectory," said Cervantes, who stars as Alexander Hamilton in the hit musical theater production "Hamilton" in Chicago. Soon after, Adelaide had a seizure.

"Then the terminology 'epilepsy' starts coming into the conversation about what's wrong with her," he said.

When she was just 7 months old, Adelaide started having multiples seizures every day. She was diagnosed with infantile spasms, a serious epilepsy syndrome in infants that is frequently associated with developmental delays, according to the national nonprofit Epilepsy Foundation.

"The doctor said that 'we don't have any real treatment for this. We have some treatments that may or may not work, but there is no cure,' " he recalled.

While Cervantes was struggling with Adelaide's care, he landed the lead role in the play. "It is the highest highs and the lowest lows all at the same time," he said.

Miguel Cervantes, the star of "Hamilton" in Chicago, launched the My Shot at Epilepsy Challenge on Wednesday to mark the beginning of Epilepsy Awareness Month.

Epilepsy is a disorder in the brain that causes seizures. According to the US Centers for Disease Control and Prevention, the cause is not always known but can be the result of a head injury, a brain tumor, a stroke or an infection in the central nervous system.

Motivated by his personal connection, Cervantes teamed up with Citizens United for Research in Epilepsy, commonly known as CURE, and the Epilepsy Foundation to raise awareness and funding for research during November's Epilepsy Awareness Month.

Cervantes created the My Shot at Epilepsy Challenge, which urges people to take pictures in the "Hamilton pose" and donate to epilepsy research. They can share the pictures on social media, tagging friends using the hashtags #MyShotAtEpilepsy and #CUREepilepsy and challenging them to participate within 24 hours.

His aim, he said, is to get epilepsy into the mainstream conversation alongside other severe neurological disorders like Parkinson's, amyotropic lateral sclerosis and Alzheimer's.

"That is our goal and hope. We are here to help my daughter and to help other families that are also dealing with this kind of thing too," he said.

"We have our bars very low for progress right now. Our hope is that if we can keep all the seizures under control, then any progress her brain can make due to whatever it is will begin to see itself," he added.

Epilepsy is the fourth most common neurological disease in the United States, according to the foundation. The CDC reports that in 2015, 3.4 million people were receiving treatment for epilepsy or had had one or more seizures in the past year.

Susan Axelrod, along with other parents of children with epilepsy, founded the nonprofit CURE in 1998 to address a lack of advocacy toward scientific research for the disease. "We looked to the National Institutes of Health and found that the budget there, was sadly, sort of reflected our lack of progress in the area," she said. "We also looked to the private funders, and there was very little going on, very little interest amongst private donors."

Axelrod too has a personal connection. Her daughter, now 36, started having seizures when she was 7 months old. "We spent the first 18 years of her life fighting the lack of understanding about the epilepsy disease, the stigma associated with it and most importantly our inability to stop her seizures, even if we were willing to tolerate pretty atrocious side effects from the medications," she said.

Dr. Ajay Gupta, head of pediatric epilepsy at the Cleveland Clinic, said all epileptic medications have side effects and must be carefully monitored. "That's why it's really important when you make a diagnosis to have a very good discussion with the family," he said. Side effects can include sleepiness, reduced muscle tone, tunnel vision and reduced sharpness of vision, he said adding that they can be irreversible.

Axelrod said that although her daughter has made tremendous strides, she will not be able to live independently and takes multiple medications every day.

"The diseases in which you see progress have strong strong advocacy groups behind them. Epilepsy did not," she said.

"The awareness component is essential to making progress, to raising the dollars, building a community that will be great ambassadors, will be the people who participate in clinical trials when we get to that point," Axelrod added.

And Cervantes is trying to do just that. "I can use Hamilton to get the message out that says this is something that needs to be more in the mainstream, more in the forefront and really talked about to see if we can get some better treatment so that people aren't constantly on guard for, you know, seizures to come back because that seems like a terrifying way to live," he said.