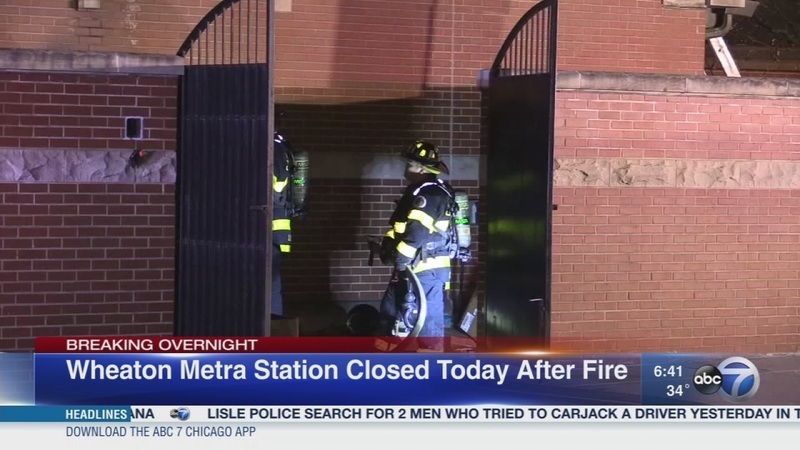 WHEATON, Ill. (WLS) -- The Metra station on West Front Street in Wheaton was surrounded by flames and smoke after a fire broke out late Wednesday evening. The station runs trains with the Union Pacific West line.

Metra said that trains will be stopping at the station Thursday despite the fire, but that the ticket office is closed.

Firefighters responded shortly after 11 p.m. to the fire. According to authorities the fire started in a storage room where the furnace was located.

On Friday, fire investigators said the fire was accidental and appeared to have been related to a heater unit that was malfunctioning.

Authorities said no one was in the building at the time of the fire.