President Trump on Flynn deal: 'There has been absolutely no collusion' 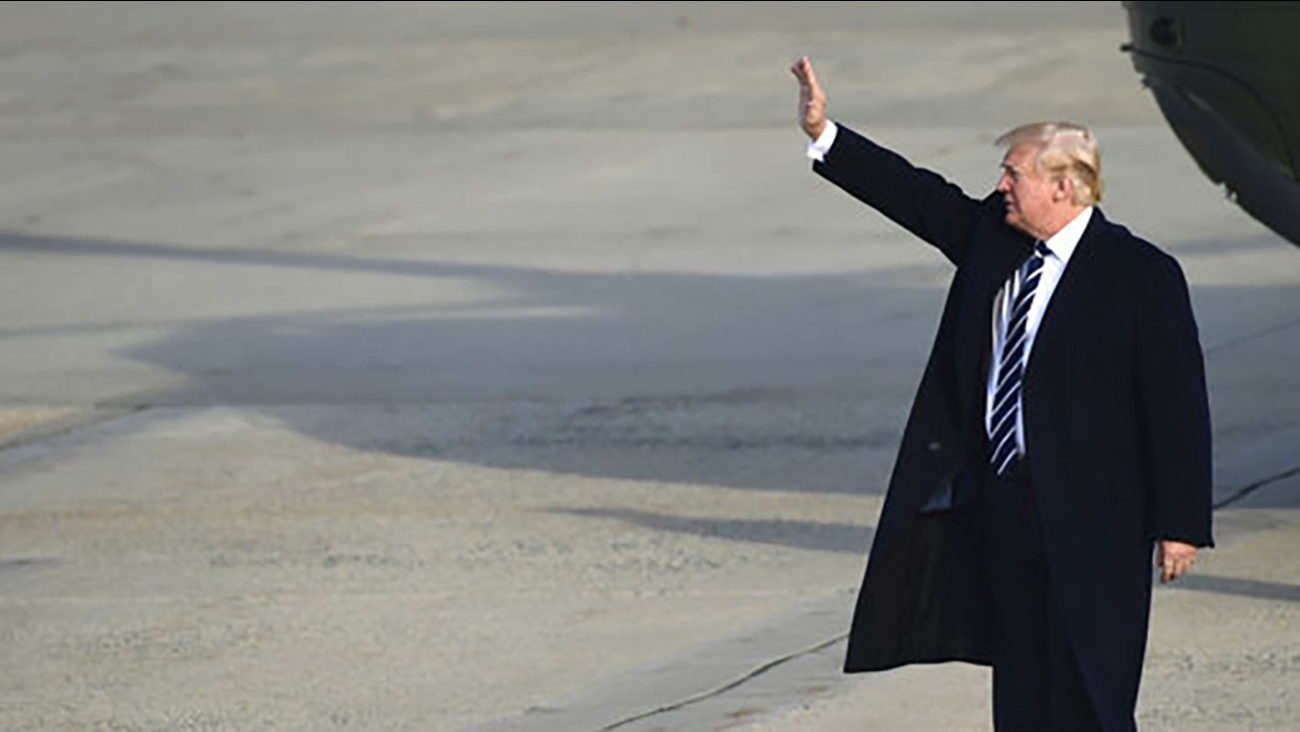 President Donald Trump walks up the steps of Air Force One at Andrews Air Force Base in Md., Saturday, Dec. 2, 2017. Trump is heading to New York to attend Republican fundraisers.

By CNN
WASHINGTON -- President Donald Trump said Saturday that he is not worried about what his former national security adviser, Michael Flynn, might tell special counsel Robert Mueller's team as it investigates Russia's efforts to influence last year's election.

When asked by reporters if he was worried about what Flynn might say, Trump said, "No, I'm not. And what has been shown is no collusion, no collusion. There has been absolutely no collusion. So we're very happy."

Flynn pleaded guilty Friday to lying to the FBI about conversations with Russia's ambassador and disclosed that he is cooperating with the special counsel's office.

Trump made his brief comments about Flynn's plea deal before flying to New York for a fundraiser later Saturday, although he spent most of his time touting the Republican tax plan, which he continued to sell as "the biggest tax cut in the history of our nation."

The President expanded on his thoughts on Flynn as he left the fundraising event, tweeting: "I had to fire General Flynn because he lied to the Vice President and the FBI. He has pled guilty to those lies. It is a shame because his actions during the transition were lawful. There was nothing to hide!"

I had to fire General Flynn because he lied to the Vice President and the FBI. He has pled guilty to those lies. It is a shame because his actions during the transition were lawful. There was nothing to hide!

The President's tweet raised immediate questions on whether he knew Flynn had lied to the FBI when he fired him in February, including a tweet from Walter Shaub, the former director of the United States Office of Government Ethics.

"...just couldn't resist commenting on Flynn," Shaub tweeted. "Are you ADMITTING you knew Flynn had lied to the FBI when you asked Comey to back off Flynn?"

"THIS IS OBSTRUCTION OF JUSTICE," Lieu tweeted. "@POTUS now admits he KNEW Michael Flynn lied to the FBI. Yet Trump tried to influence or stop the FBI investigation on #Flynn."

Flynn is the first person in the Trump administration to be reached by Mueller's probe. The developments are a sign that the investigation is intensifying, and details revealed Friday provide the clearest picture yet of coordination between Flynn and other Trump advisers in their contact with Russian officials to influence international policy.