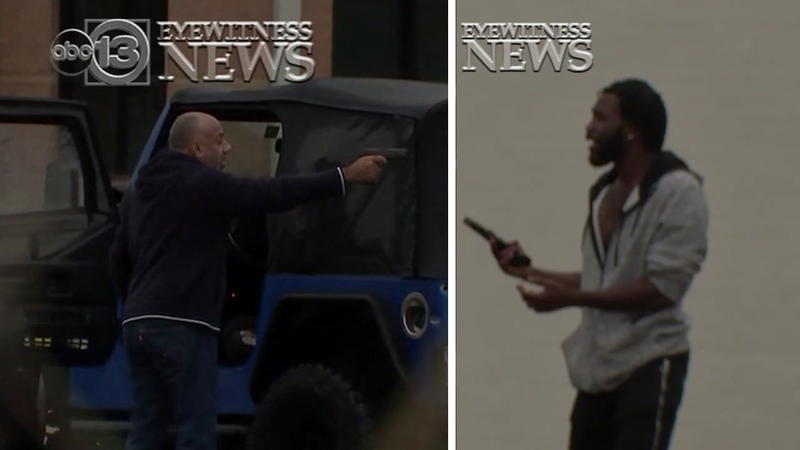 HOUSTON -- Investigators say a violent shootout on one of Houston's busiest roads left a woman and a suspect shooter injured.

Gunfire erupted after two men were involved in a crash on Westheimer and South Kirkwood just before 2:45 p.m.

Eyewitness News reporter Erica Simon was at the scene preparing for a story when the sound of gunshots filled the air.

"We look around and see a shootout in the middle of the street," Simon wrote on Twitter. "Bullets flying everywhere. I just ducked and prayed."

Simon says a woman was injured in the crossfire as both suspects fired on one another.

An off-duty EMT rushed to help the woman, who had a bullet graze her head.

RAW VIDEO: Two men face each other with guns drawn after an accident on Westheimer
EMBED More News Videos

A shootout between two men involved in accident, ends with one man shot and an innocent bystander wounded

One of the suspected shooters was placed into an ambulance and taken to Ben Taub Hospital with a gunshot injury. The second shooting suspect is in police custody.

The woman shot was an innocent bystander. She was grazed in the head but has since been transported to the hospital. An off duty EMT came to her aid and applied pressure until medics got there. pic.twitter.com/w3gYQ0z5po