WLS
By Janet Davies
"Star Wars: The Last Jedi" opens Friday, featuring darkness and light, seriousness and silliness, as well as characters who are familiar and new.

"From the beginning it felt like both an honor and a responsibility," she said. "I've always felt that I wish it wasn't like that, I wish that there were so many Asian-Americans in American films that we wouldn't have to feel like this is groundbreaking ... I hope I can do it justice."
Report a correction or typo
Related topics:
arts & entertainmententertainmentmovieu.s. & worldstar wars
Copyright © 2020 WLS-TV. All Rights Reserved.
RELATED 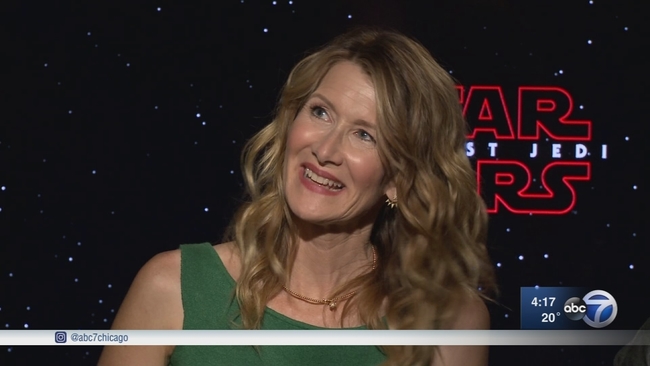