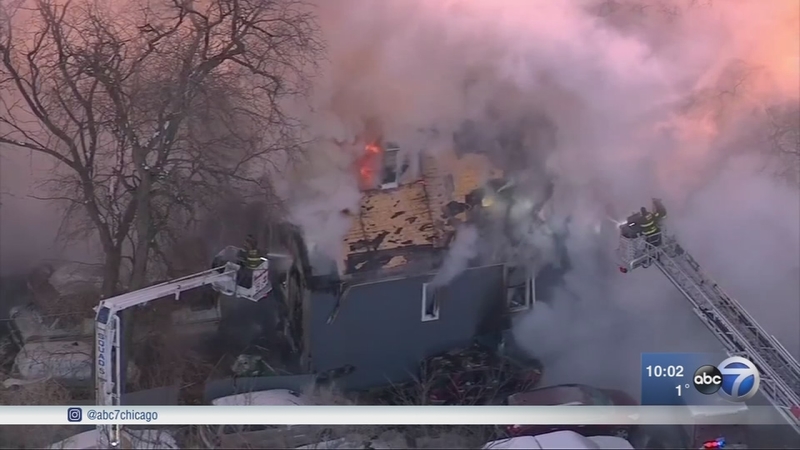 CHICAGO (WLS) -- One person was injured in a house fire in Chicago's Englewood neighborhood Tuesday afternoon.

The fire broke out at a single family home in the 6100-block of South Wolcott Avenue around 3:30 p.m., just across the street from Lindblom Math and Science Academy. Thick smoke billowed from the home as flames consumed all three floors. The fire was struck out shortly after 5:15 p.m.

"I'm hurt," said Timothy Jones, home's resident, through tears, "I mean, we've been there all our life. That was my parents' house, so all the memories and everything. Look at it. It's sad."

Jones' family has lived in the four bedroom home for 40 years. Jones said everyone escaped, but his brother-in-law, 65-year-old Aaron Moss, suffered burns. He was taken to Stroger Hospital in serious to critical condition to be treated for smoke inhalation as well as second- and third-degree burns to his body. Jones said Moss was awake and talking when he was taken to the hospital.

"I just know the fire started from the basement. My niece came upstairs and woke me up. When I came down, all I saw was smoke," Jones said.

"They overcame these obstacles and they did a nice job here. They stopped this fire from spreading any farther than it should have," said Deputy District Chief Mike Carbone, Chicago Fire Department.

On such a frigidly cold day the firefight is even tougher but there's no indication officials are having any water issues.

The cause of that fire is under investigation.