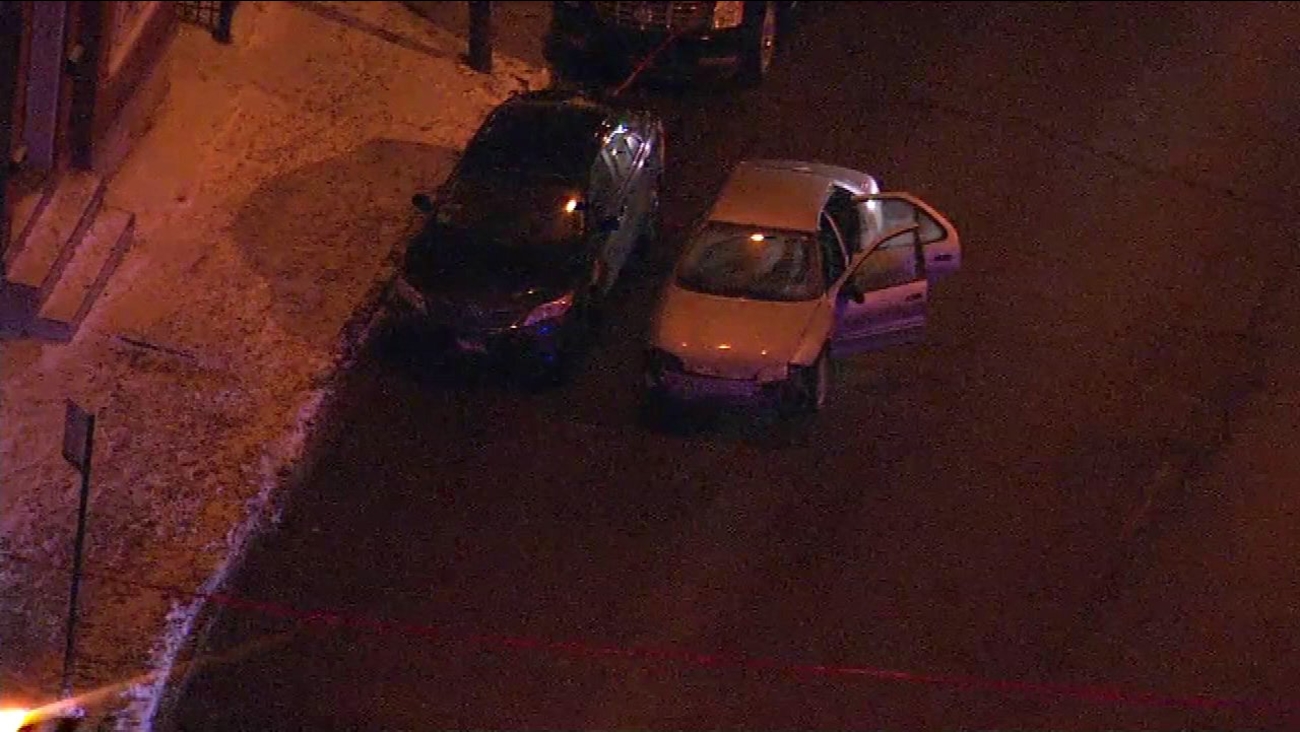 CHICAGO -- A man was seriously wounded early Friday when his car was repeatedly rammed before he was shot in the West Town neighborhood.

The man, 19, was driving a Chevrolet Coupe about 4:05 a.m. when a Black Hyundai Santa Fe followed him east in the 2300 block of West Grand Avenue and intentionally struck his vehicle from behind several times, according to Chicago Police.

He lost control of his car and crashed into a parked Mercedes, police said. The Hyundai then pulled up next to him and opened fire.

The 19-year-old was shot in the chest, police said. He was taken to Stroger Hospital in serious condition.

The Hyundai had two males and one female in it, police said.