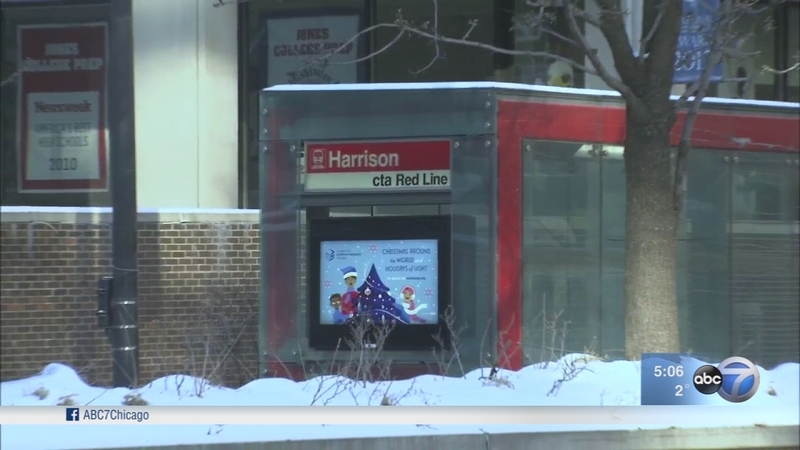 CHICAGO (WLS) -- Chicago police are looking for an armed robber who has been targeting CTA passengers as they get off trains across Chicago.

There have been five robberies since December 25. In each incident, the suspect walked up to a person who was getting off a train, showed a weapon and demanded property.

The most recent attack happened early Thursday morning near Fullerton and Sheffield Avenues between 3:30 a.m. and 4 a.m. That's when police say a gun wielding robber targeted CTA train riders as they got off the "L."

The attack appears to be one of a rash of recent robberies of people using public transportation.

The first incident happened as Christmas Day was coming to a close along Harrison Street near State Street just before midnight.

Detectives say the robber or robbers struck again the next day on December 26 between 10:30 p.m. and 11:30 p.m.in the 200 block of South State Street between the Monroe and Jackson Red Line stops.

A thief then struck again on December 27, robbing a rider getting off at the 47th Street Red Line stop. It happened early in the morning around 12:05 a.m.

The next attack was the very next day, December 28, again in the South Loop near Adams and State streets around 1 a.m.

In each case, the victims say they were approached by an unknown offender while they were exiting the train, who then showed a weapon before robbing them.

Chicago police issued a community alert Saturday warning of the danger while asking the public to remain aware.

Although police only have a vague physical description of the attacker, investigators say the suspect was last seen wearing a dark hooded coat with a tan scarf, faded jeans and tan boots.

Police plan on stepping up patrols, but urge riders to be aware.