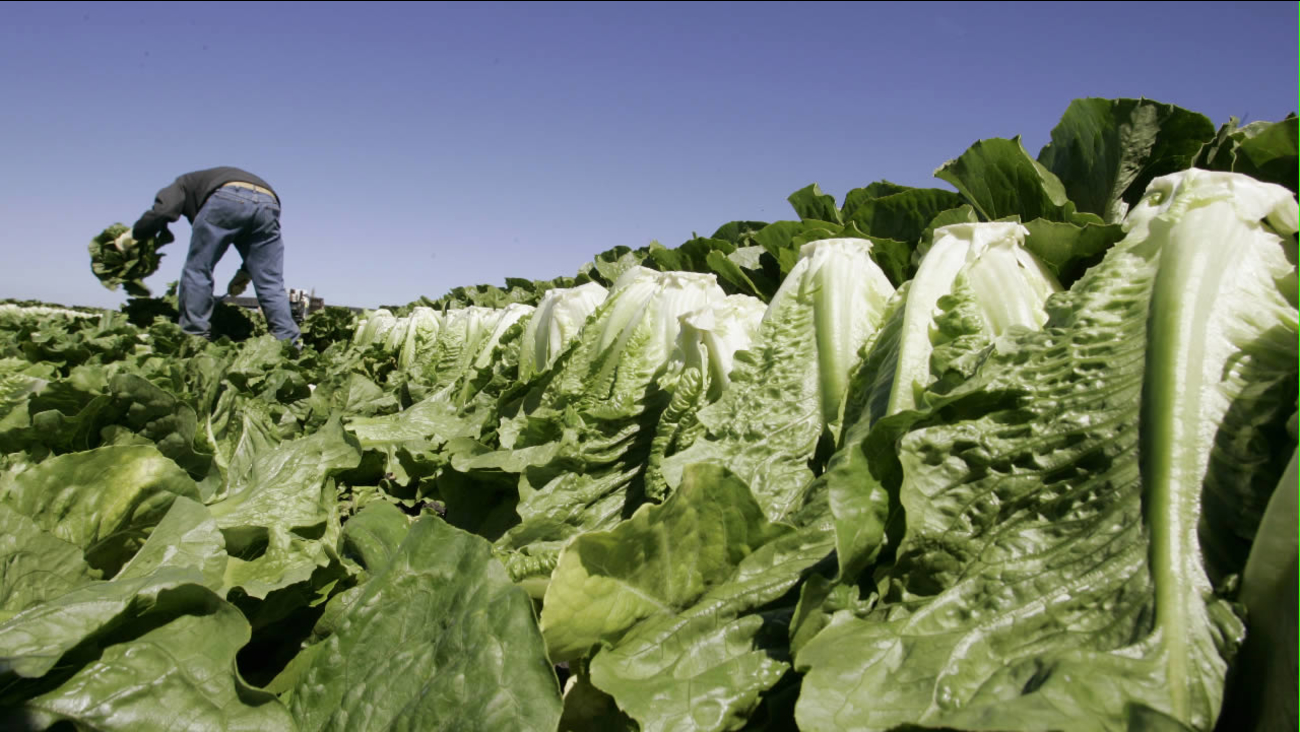 By CNN
SAN FRANCISCO -- The Center for Disease Control is investigating a deadly E. coli outbreak in romaine lettuce that has sickened at least 58 people in the U.S. and Canada.

The outbreak made 17 people ill and killed one person across the United States between November 15 and December 8, according to the CDC. Though the source of infection is still unknown, the CDC is investigating leafy greens and romaine lettuce.

Five people have been hospitalized, according to Ian Williams, chief of the CDC's Outbreak Response and Prevention Branch. Two of the hospitalized patients developed hemolytic uremic syndrome, a type of kidney failure.

The strain of bacteria has been identified as shiga toxin-producing Escherichia coli O157:H7, which can cause stomach cramps, diarrhea and vomiting. Infections with E. coli O157 can be life-threatening, especially for the elderly, the very young and immune-compromised people, such as cancer patients, Williams said.

Canada has been struck with an outbreak caused by the same strain of E. coli; people there became sick in early November through early December.

The CDC investigation is ongoing, and not all the tests have been completed, Williams said. However, several of the US cases have been caused by a bacterium with the same genetic "fingerprint" as the one in Canada.

"Based on the Canada investigation, romaine lettuce seems like the most likely source there," Williams said.

"We're very hopeful that things are wrapping up, but we don't have enough data to say that."

North of the border, 41 people between ages 3 and 85 have become sick with E. coli O157, according to the Public Health Agency of Canada. Five eastern provinces have been affected, with the highest number of cases, 14, recorded in Quebec, followed by Newfoundland and Labrador (13), Ontario (8), New Brunswick (5) and Nova Scotia (1).

One patient there died, and an additional 17 have been hospitalized. The majority of these Canadian cases -- nearly three-quarters -- are in females.

Most of the patients reported eating romaine lettuce, according to Canadian health officials.

The Canadian Food Inspection Agency is working to find the exact source of romaine lettuce, but it has come up empty-handed.

Williams explained that with cases "spread out all over the place" and people having to report what they ate, in many cases over a month ago, it's been difficult to identify the source in Canada and the US.

"Unfortunately, we have not been able to find common lettuce brands or common stores," Williams said. "The trace-back information is always challenging too, because contamination can happen any place from the farm to the processing facility to the store.

"Canada has not been able to get upstream, either. They can say it's romaine lettuce, but they cannot say what lettuce and from where," he said.

Anyone concerned that they might have an E. coli infection should talk to their health care provider, he said. A medical professional can diagnose you as well as offer advice, including washing your hands, to avoid spreading it to other people.

E. coli are a diverse family of bacteria that can be found in the environment, in foods and in the intestines of people and animals. Most strains are harmless. To avoid becoming infected with a harmful strain, the CDC recommends using proper hygiene; cooking meat at proper temperatures; avoiding raw milk, unpasteurized dairy products and juices; and not swallowing water when swimming.

Since lettuce is suspected to be the cause of the current outbreak, would it help to wash your greens before eating? No, Williams said.

"This bacteria can actually get inside the lettuce leaf," he said. "Washing it doesn't make it safe."