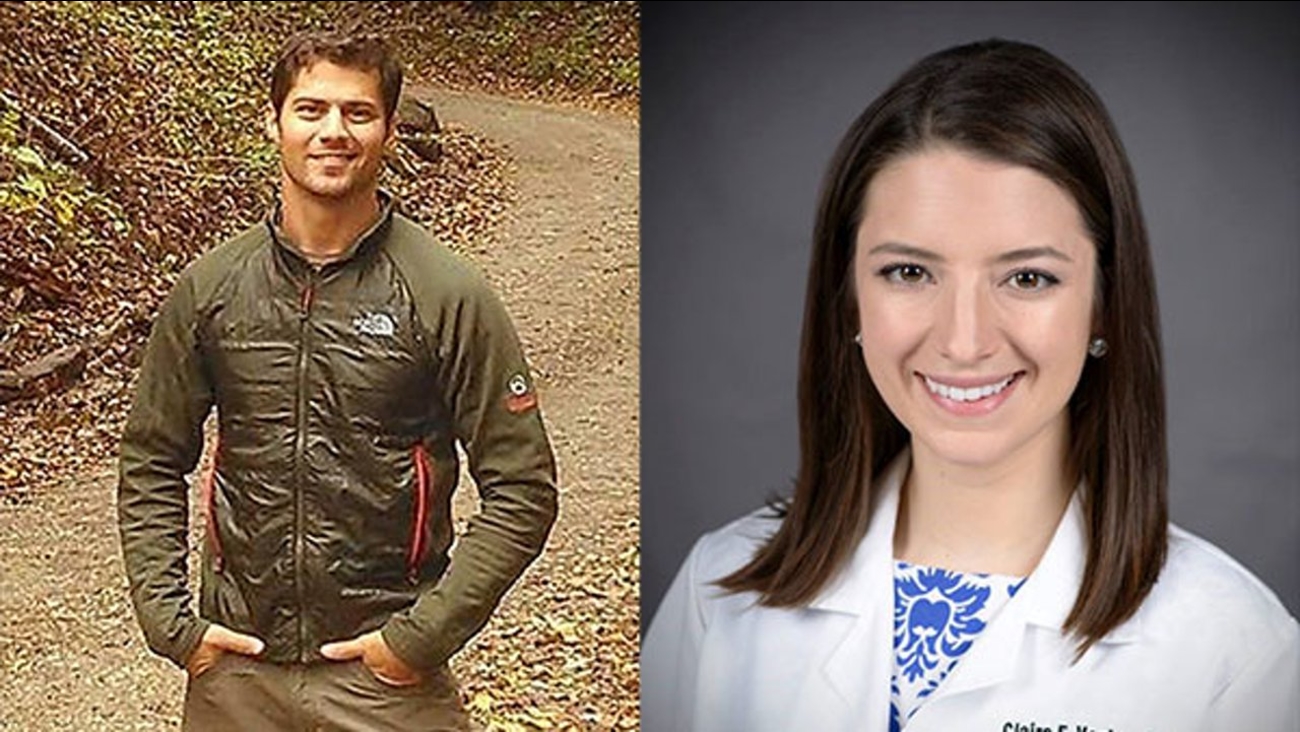 LAKE FOREST, Ill. (WLS) -- The Lake County Coroner identified a man who was found dead and a woman who was killed in north suburban Lake Forest Wednesday.

Officers responded early Wednesday morning to a report of gunfire in the 600-block of North Western Avenue. When they arrived, they found a man's body and a 27-year-old woman who had been shot multiple times. The woman was taken to Lake Forest Hospital where she died.

The coroner identified the woman was 27-year-old Claire Vanlandingham of Lake Forest. Her preliminary autopsy results indicated she died from injuries related to multiple gunshot wounds, the coroner said.

The man was identified as 33-year-old Ryan Zike of Louisville, Ky. His preliminary autopsy results indicated he died from a gunshot wound to the head, but the coroner said whether or not the wound was self-inflicted was still under investigation.

The Lake County Major Crimes Task Force, which is investigating the deaths along with Lake Forest police, said Zike and Vanlandingham were in a prior relationship that ended in the fall of 2017. The police investigation is ongoing.