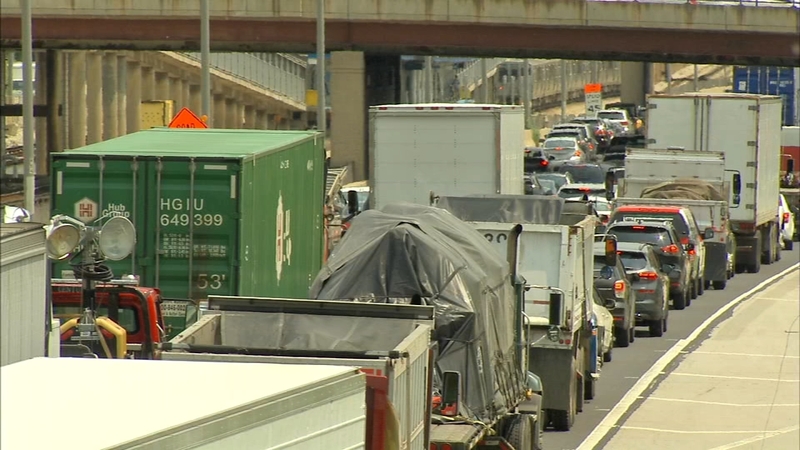 CPD installs cameras along I-290 to help deter crime

CHICAGO (WLS) -- The Chicago Police Department announced Friday that it installed a network of roughly 20 cameras along the Eisenhower Expressway to prevent crime.

In 2018, the HIDTA was able to fund the strategic placement of cameras and automated license plate readers along the heavily-traveled corridor of I-290. The interestate has become known as the "Heroin Highway" over the years.

"These cameras and LPRs will be used as an investigative tool - as well as, and possibly more-importantly - as a deterrent," HIDTA Executive Director Nicholas Roti said.

"Law enforcement will now have an eye on the cars on the road, as well as those on the roads at the entrance and exit ramps," CPD Supt. Eddie Johnson said.

It's an effort to break the pattern of drugs sales in the area, and the shootings that come along with it.

"Ive also heard from too many people who live along the expressway that they feel they are being held hostage by the drug dealers who live nearby. These dealers rely on intimidation to keep people from calling the police, but cameras can not be intimidated," Johnson said.

This camera network is part of the HIDTA's overall fentanyl response initiative. It's just phase one.

"Phase two will expand the initiative to other expressways here in Chicago in the coming months," said Rich Guidice, the executive director of the Office of Emergency Management and Communications.

The OEMC trained authorized staff from Chicago police, state police, HIDTA and DEA on how to use the system throughout the course of investigation.