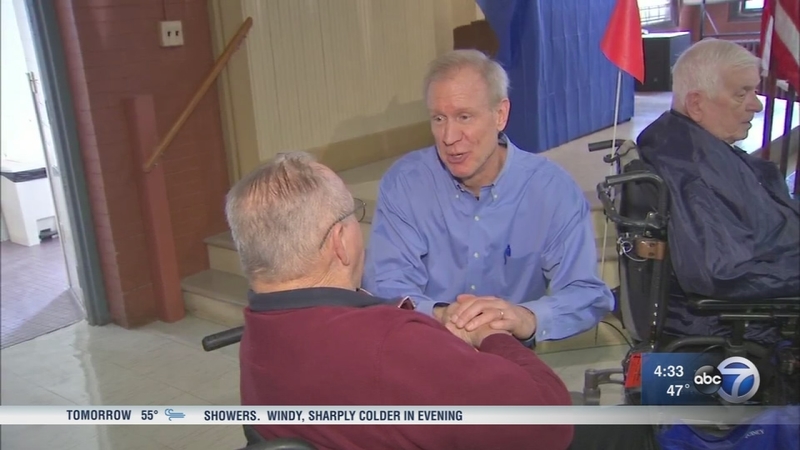 QUINCY, Ill. (WLS) -- Gov. Bruce Rauner showered and drank the water at the Illinois Veterans Home in Quincy for the last week during his stay at the facility where 13 people have died of Legionnaires' disease since 2015.

On Wednesday, Rauner held a press conference to talk about his stay at the veterans home where he ate and slept with residents. He also laid out his long-term plans for addressing water safety concerns.

"What I've determined being here and living here is, okay, let's take it to the next level. Now let's fundamentally change, replace and upgrade our water systems for this campus," said Rauner, who toured the 200-acre campus and followed the water management team around during his stay.

The governor said they will be developing plans for a new plumbing system and work could begin in the coming weeks. He said he has secured a funding commitment from lawmakers, but will be looking to federal partners and philanthropists to contribute. 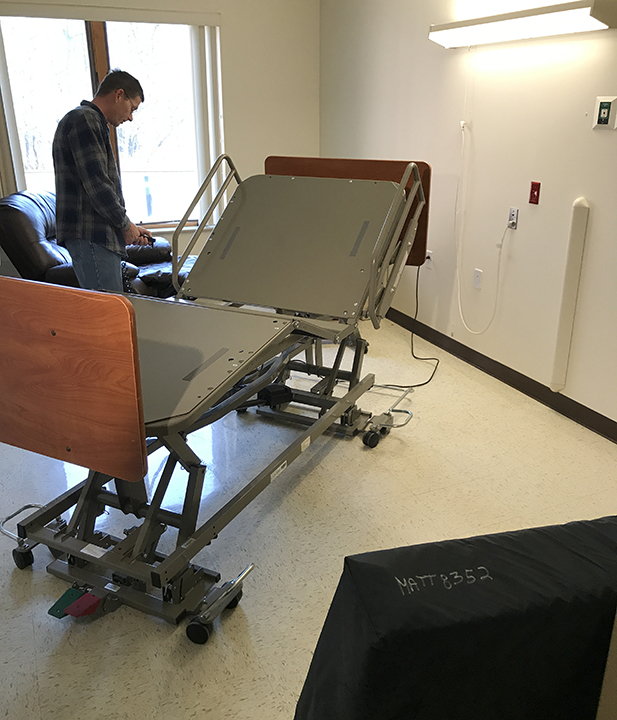 Gov. Bruce Rauner's room while he stayed for a week at Illinois Veterans Home in Quincy.

Veterans here seem impressed, even Navy veteran Carol Jardine, a self-described die-hard Democrat, who has lived at the facility for 10 years.

"I think he's sincere, he really lived it, he didn't just talk it, the action is there. I'm impressed. I might even vote for him," Jardine said.

Legionnaires is caused by the Legionella bacteria which is contracted by inhaling water mist.

He said the state is committed to making the facility safer, but that many changes have been made since 2015 including water heating, regular pipe flushing, chemical treatment, frequent water testing and monitoring of residents. Residents' temperature is taken every four hours to check for infections. Rauner said he was tested as well, including at midnight and 4 a.m.

Upgrades also included filters on the showers, which were installed based on recommendations from the Centers for Disease Control & Prevention. 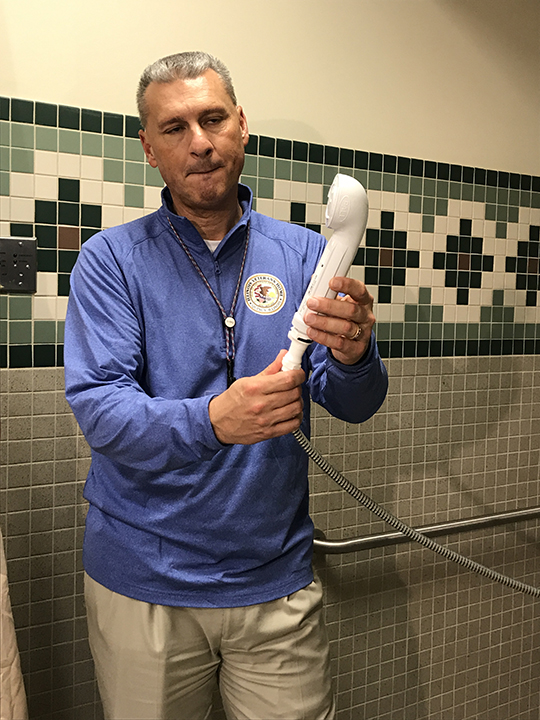 Also on Wednesday, ABC7 toured the water treatment facility at the veterans' home with the engineer in charge.

Facility Engineer Dave Clifford explained how carefully the water is treated, monitored and tested on a daily basis.

"I drink it every day, I'm very confident that the water here is very safe," Clifford said.

Many things are new since 2016, a year after the first outbreak.

"The fact that we've had veterans pass is heartbreaking to me and I am personally committed to doing everything we can to keep our veterans safe," Rauner said.

State Senator Tom Cullerton, D-Villa Park, issued a statement after Rauner called for the replacement of pipes and improved infrastructure at the home.

"I've visited the Illinois Veterans Home at Quincy to investigate the water infrastructure problems. It didn't take me staying there for a week to realize there are significant issues needing swift action to make changes. The governor and his administration need to quickly outline their capital plan to begin action and implement a strong strategy to provide our veterans the best possible care and service," said Cullerton, head of the Senate veterans affairs committee.

On Tuesday, state lawmakers held a hearing where they questioned directors of both the public health and veterans affairs departments about the outbreak, saying that more needs to be done. 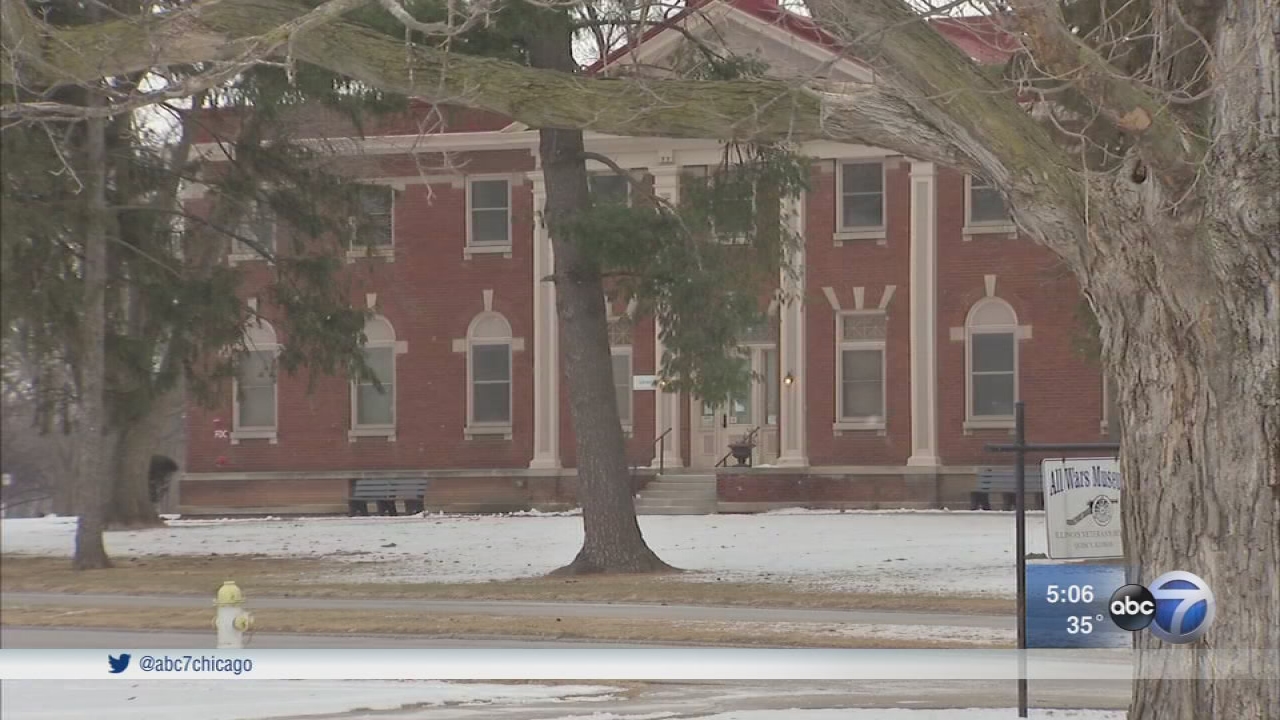 State officials said they have followed all of the recommendations from the Centers for Disease Control and Prevention (CDC), and have even gone beyond in some cases.

"If we're doing all this, I'm sure your question is, 'Why do we continue to see cases of Legionnaires' at the Quincy home?' The answer is because of our increased surveillance and protocol changes that have helped us to find more cases at Quincy. We are finding more cases because we are looking for more cases," Erica Jeffries, director of the Illinois Department of Veteran's Affairs, said during Tuesday's committee hearing.

Gov. Bruce Rauner spoke Wednesday after he stayed a week at the Illinois Veterans Home in Quincy, Ill. 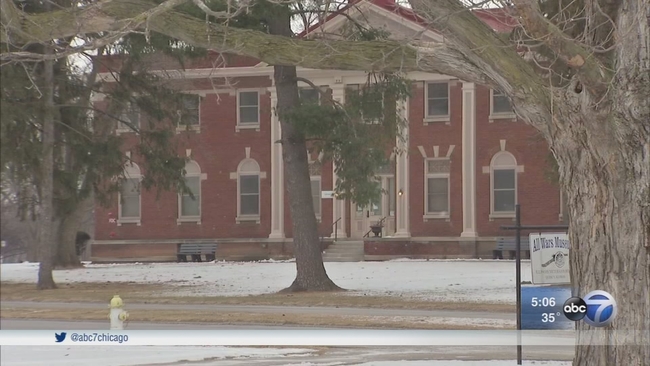 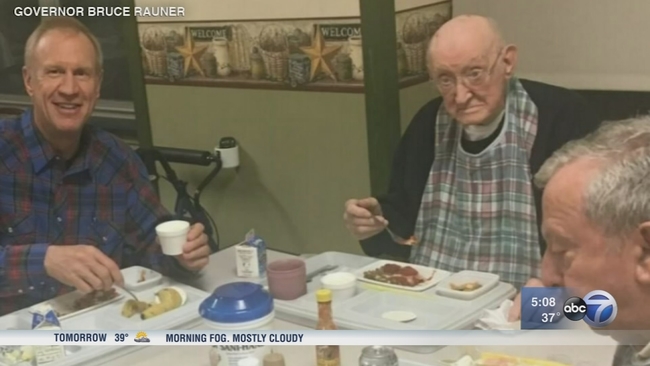