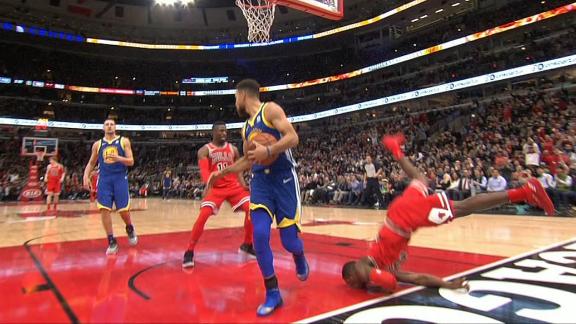 Point guardKris Dunn was re-evaluated for concussion symptoms and has been placed in the NBA concussion protocol, the Chicago Bulls announced Thursday.

Dunn will be out indefinitely and will not travel with the Bulls to Atlanta for their Saturday game.

The Bulls initially said he chipped and dislocated two front teeth but was clear of concussion symptoms after initial tests.

Dunn's two dislocated front teeth were stabilized and have been splinted with braces as a form of treatment.

Dunn faceplants after transition slam
Kris Dunn steals the ball and jams it home on the break, but loses his balance coming off the rim and slams his face into the floor, forcing him from the game.
Report a correction or typo
Related topics:
sportsespnprotocolfallchicago bullskris dunnconccussionnbatooth
Copyright © 2020 ESPN Internet Ventures. All rights reserved.
More Videos
From CNN Newsource affiliates
TOP STORIES