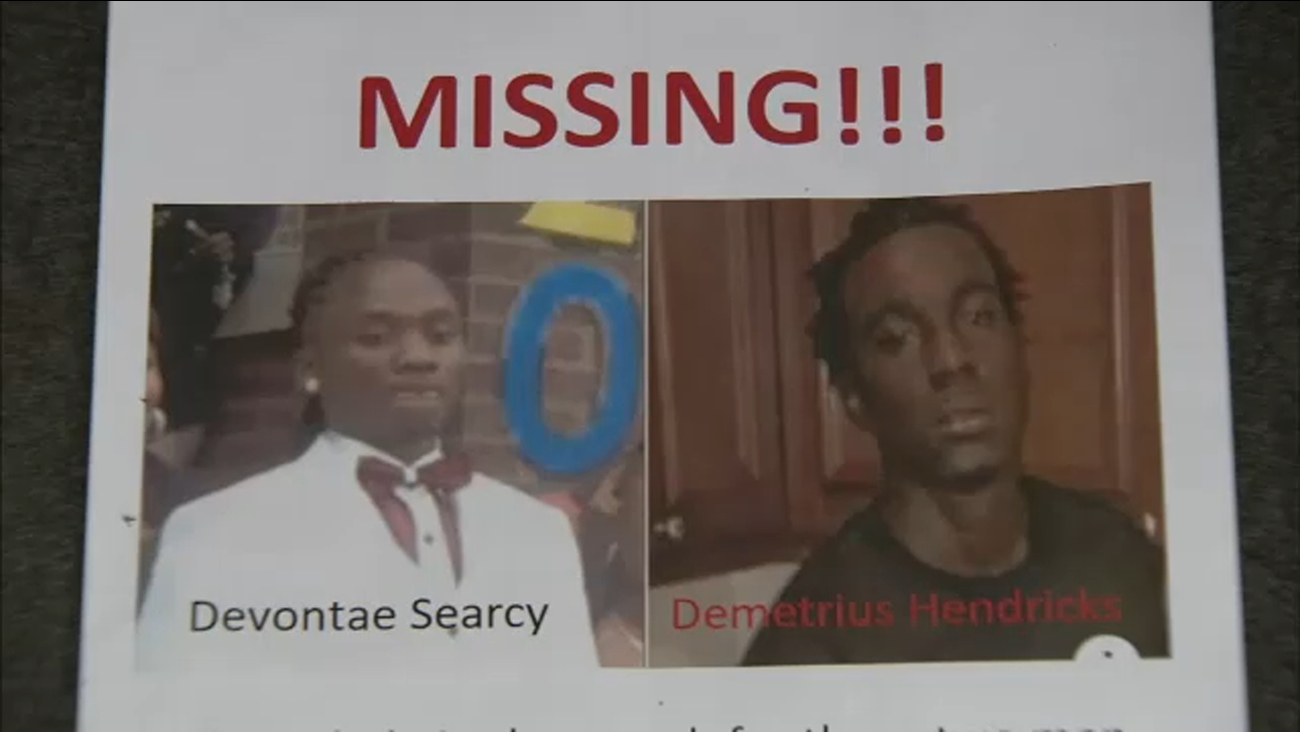 CHICAGO (WLS) -- A body was recovered Friday morning in the area of Sunset Bay Marina on the Calumet River on Chicago's Far South Side, and identified as one of two men missing after their car submerged.

The body was identified as Demetrius Hendricks -- a 26 year-old who was in the passenger seat, the Cook County Medical Examiner's Office said Saturday.

Around 3:30 a.m. on Nov. 4, police spotted a "wet and confused" man walking along South Torrence Avenue near East 136th Street. Christopher Henderson, 26, was taken to Trinity Hospital, where his condition stabilized. He told investigators he had been riding in a car that had crashed into the river.

Surveillance video shows the vehicle went into the water in the 13000 block of South Calhoun Avenue. Hendricks and DaVontae Searcy, 23, who was driving, were inside.

Searcy's relatives said the three men were leaving a party when they believe he made a wrong turn onto a dark, dead-end street. Henderson said it was dark and they couldn't see the launch ramp. He said by the time they realized they were going into the marina, it was too late.

"The way that he described the car, as it was going down, because they weren't driving fast, when they were going under, he said to his brothers, 'Come on y'all, we've got to get out of the car's going under,'" said Latonya Simunjak, Searcy's mother.

RELATED: Search continues for 2 missing after crash into Calumet River on Chicago's Far South Side

Henderson was able to get out just in time. Searcy and Hendricks did not. Darrick Lacy, Searcy's father, said neither missing men knew how to swim.

Police have been searching for them since Sunday. Authorities were able to get the car out of the river, but no one was inside.

A body was recovered from the river Wednesday morning, near where the car plunged into the water. The remains have not yet been identified.