Police said the shooting took place at around 8 p.m. in the 1100-block of South Troy Street.

The victims were gathered outside with a group of people when police said two unknown offenders fired into the crowd from down the street.

Police said a 14-year-old boy was shot in the head and is hospitalized at Stroger Hospital in critical condition.

A large group of family members gathered outside Stroger Hospital as soon as they heard the news.

A 20-year-old man was also shot in the hand and the hip. He's listed in stable condition at Mount Sinai Hospital.

No one is in custody and Area North detectives are investigating.
Report a correction or typo
Related topics:
chicagolawndalechicago shootingshootingchild shotchicago police department
Copyright © 2021 WLS-TV. All Rights Reserved.
RELATED 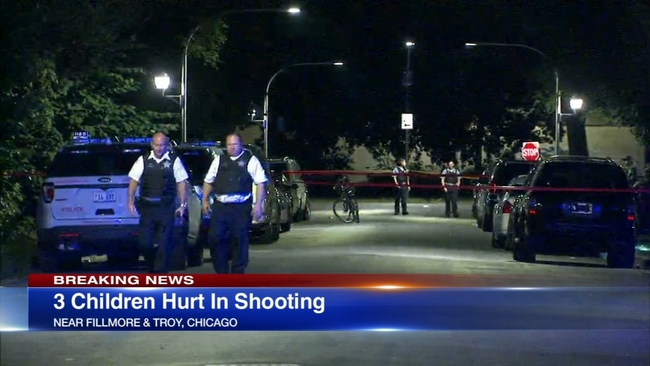