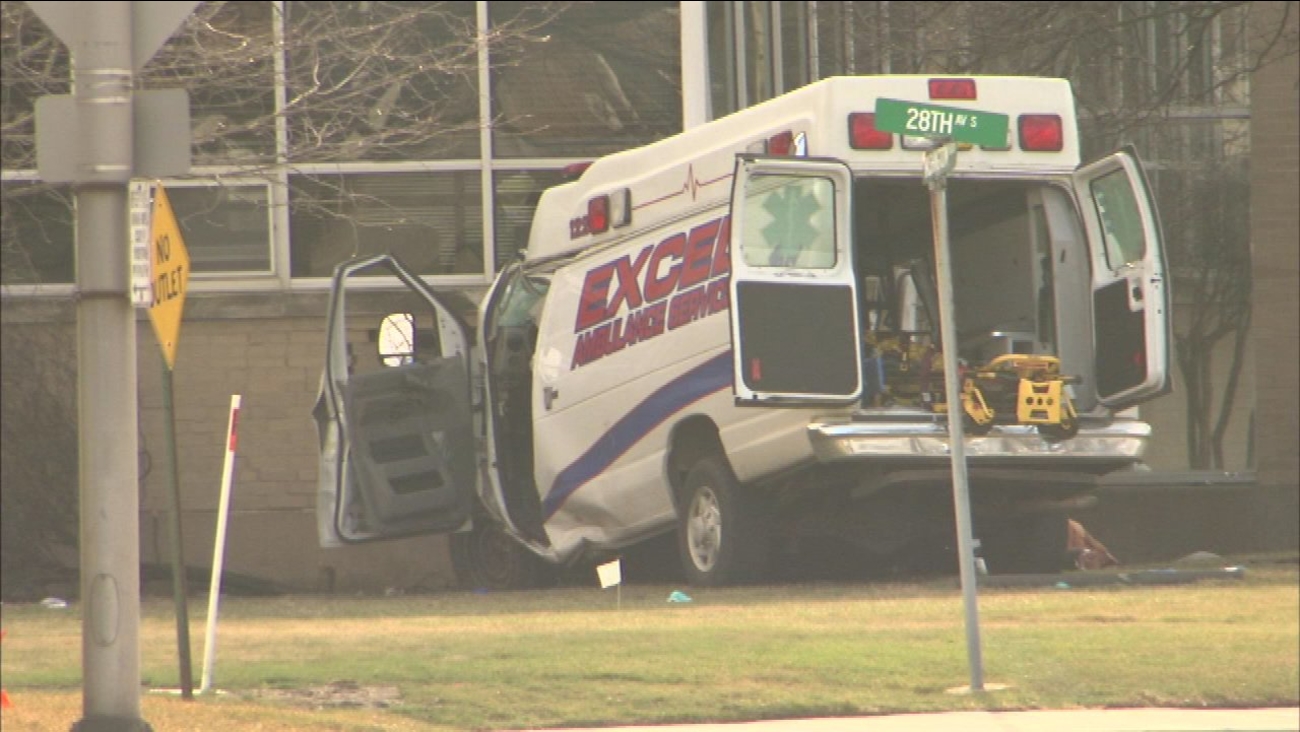 The ambulance was transporting 48-year-old Larry Marshall Jr. home from dialysis treatment when police say the driver apparently lost control of the ambulance around 3:45 p.m. Saturday and slammed into a building at 28th Avenue and Washington Boulevard. Witnesses told police there were no other vehicles involved in the crash.

Marshall was pronounced dead shortly after the crash. His mother, Minnie Marshall, said he had no children but was engaged to be married.

"He had a good quality, a good spirit about him," she said. "You know, that was the only son I had. I could depend on him."

The 51-year-old EMT James Wesley driving the ambulance was killed instantly. Bellwood authorities said another EMT in the ambulance who was critically injured died Sunday.

"We're gonna try to get an autopsy done on the driver to see if he suffered a medical condition or anything else, but at this point it's too early to tell," said Bellwood mayor Andre Harvey.