I-57 shooting leaves 1 dead, 2 injured on Chicago's South Side 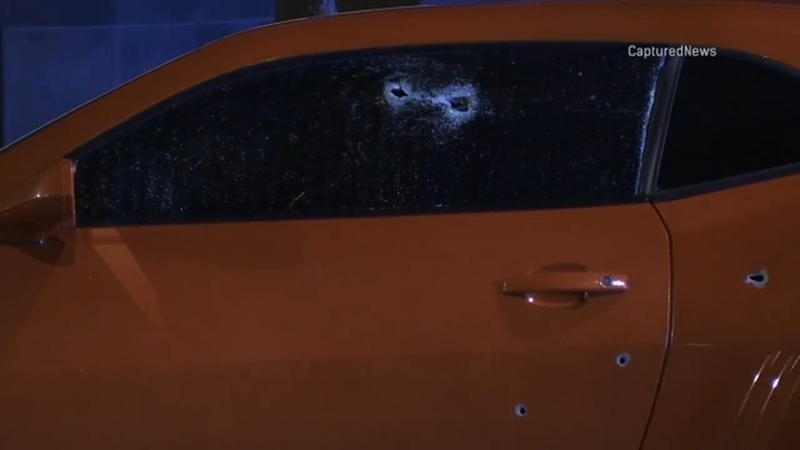 1 dead, 2 injured in I-57 shooting on Chicago's South Side

CHICAGO (WLS) -- A shooting on I-57 on Chicago's South Side has left one man dead and two others seriously injured Friday morning, Illinois State Police said.

The shooting occurred just after 12:45 a.m. in the northbound lanes near 119th Street. The lanes were blocked between 119th and 111th streets while investigators canvassed the scene for shell casings. Lanes reopened at around 6:20 a.m.

LIVE TRAFFIC: Check out our map for the latest traffic conditions

Two vehicles, a white Dodge Durango and an orange Chevy Camaro, riddled with bullet holes showed up outside the Chicago Police Department's 22nd District Station after the shooting
Two men transported to Advocate Christ Hospital and a third to the University of Chicago Medical Center, all in serious condition. One of the victims transported to Advocate Christ Hospital later died.

The man who died as been identified to the Cook County Medical Examiner's Office as Jaheim, Anderson, 18, of South Holland.

A woman inside one of the vehicles was not hurt.

While investigating, Illinois State Police officers found at least a dozen bullet casings on the expressway.

It's not clear if these two vehicles and the people inside were targeted or if they were caught in crossfire.

"This is a big spike, one of the highest I have ever seen," said Lt. Colonel David Byrd, Illinois State Police.

Since January, state police have responded to 42 shootings on Chicago area expressways, more than three times higher than the same time last year.

As the cases pile up, families are left to deal with the tragedy.

Back in 2019, Tammy Clayton, a 55-year-old postal worker, was shot and killed while driving to work on I-57. There were no witnesses and no surveillance footage of the murder.

"Just the fact that there has been a big increase just over this past year is disheartening," Clayton's daughter said.

Family members worked with state officials to launch a $12 million grant to add cameras and plate readers to curb crime on the expressways.

The cameras and plate readers are not yet installed. Investigators say that will be a game change.
Report a correction or typo
Related topics:
chicagomorgan parkexpressway shootingchicago shootingfatal shootingtraffic
Copyright © 2021 WLS-TV. All Rights Reserved.
More Videos
From CNN Newsource affiliates
TOP STORIES